8 Powerful Questions: Is Your Spouse Controlling You?

A controlling relationship is exhausting. Are you in one?

8 Questions to ask yourself about whether or not your spouse is controlling you?

1. Do they get mad at you for little things?

Relationships shouldn’t be built around one of the individuals perpetually being mad at the other. Of course, this can happen when one isn’t listening and respecting the other and the same conflict arises again and again. However, if a spouse is mad at you routinely it’s important to determine is it because you have upset them the same way over and over again OR is it really just control? For instance, they pull into the driveway and you jump to turn the television off so that they are not annoyed because they don’t believe a television should be on at that time of day? They ask you to do something and you forgot, but you don’t have a history of forgetting.

Again, this is not a seldom, but repeated reaction. They call you in the middle of the day asking a favor or at the last minute add one more thing for you to do. Do they get mad which is controlling or do they ask, “Is there a chance you can fit this into your schedule and do this for me?” The latter is the respectful way of realizing your partner is an individual with their own schedule and should be asked and not told what to do.

3. Do they know the correct way to handle every situation?

4. Do they think that they are always right?

You aren’t allowed your own world view. Controlling people believe that they are right. They believe that they way they view the world, the way they handle every situation, the way they think, the religion and politics they subscribe to are the right way to live life. They do not respect and allow others to have their own opinion and experiences.

5. Do they focus on your faults?

Every person has flaws. The great thing about loving someone is that we love them enough to not only over look their faults, but realize we all have our own. Instead of accepting that they have faults that maybe different than yours do they focus on them and criticize them? Perhaps you are a worrier and they tell you how ridiculous it is – you have a fear and they tell you it’s stupid.

Of course, if one of your faults effects other people and they criticize it then it’s important to realize that may not be a controlling person. For instance, you are chronically late and they criticize that. That’s a situation that you need to discuss and arrive at a solution for because it effects multiple people. There’s a difference between allowing someone to be who they are (fear, worries) and day to day frustrations like tardiness that even the most patient spouse may become frustrated with.

This is a tricky one to truly determine what’s control, but a good litmus test would be if they use a phrase, such as, “Well, you know how she/he is” when referring to one of your weaknesses or faults. When they are disrespectful of your faults. Controlling personalities are often disrespectful so the two can go hand in hand.

6. Do they ruin things that are important to you?

Passive aggressive behavior is just the laid back version of control, but it is absolutely control. A passive aggressive individual will avoid overt conflict, but instead make sure they stay in control by ruining or preventing what is important to their partner. For instance, they say they will go to a party, but they really don’t want to so that night they come home too late to attend it. They are mad at you, but instead of telling you they just don’t buy you anything for Christmas or your Birthday. They find controlling, subtle ways to get their message across that they are in control and if you cross them, they will sabotage what’s important to you to make sure you realize they are in control.

8. Do they take advantage of you?

Controlling people tend to get their way. The nature of a relationship demands that it behaves in a two way manner. People that do not need to be in control are aware of fairness when a controlling individual won’t necessarily have the ability to see it. For instance, do they always pick the restaurant, the movie? Did they decide most of your major joint decisions, what type of wedding? Where you would live? What type of house? If you could have pets? Where you vacationed,etc.?

A non-controlling spouse will live in reality. They will have a give and take. They will be aware of the sacrifices they make for one another and give in when necessary or fair.

Relationships are complicated and therefore, it’s not always black and white.

It’s important to ask yourself these additional questions:

Will you drop everything to do what your spouse wants you to do because getting in trouble is worse than anything?

Are you stressed beyond belief if you really want to say ‘no’ to your spouse when they ask you to do something that you really can’t do or don’t have time to do?

Will you do anything to please your spouse consistently over and over again even if it means putting yourself last and seldom getting your way?

Will your spouse take advantage of you over and over again and so much so that even others recognize it?

Does your spouse routinely and repeatedly hurt you by ruining what’s important to you and making you the last priority?

Does your entire household revolve around one personality?

The last one is a big one. A lot of homes revolve around one spouse that is in control.

It shouldn’t be that way. A relationship should not be an over-indulged adult behaving like a child who gets their way. It should be two adults joining the best parts of themselves to make one incredibly, wonderful and powerful whole. 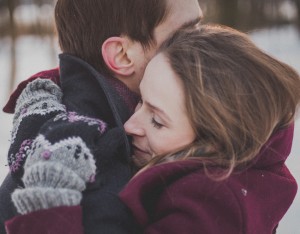 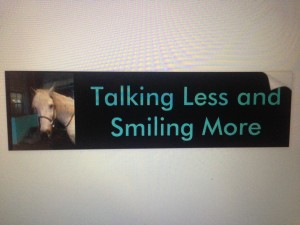