What do George Carlin, Evangelical Christians and this Jewish mother have in common?

It’s not too often that I find myself in agreement with the Christian right when it comes to politics. But this week, when RIchard Land, Southern Baptist Convention’s Ethics & Religious Liberty Commission, called on Newt Gingrich to address and apologize for his history of marital infidelity, we were strange and fleeting bedfellows. Not literally, mind you.

Some people suggest that a politician’s private life should be just that – private. And to an extent, I agree. There are many personal issues that have no obvious impact on the way s/he would serve office. Often these kinds issues are brought to light by political opponents, sometimes in unconscionable ways.

But infidelity? On one level, yes, I agree it’s private. Certainly the details should be kept private. (And the text messages. Those should most definitely be kept private.) But when candidates for office (or the actual president, for that matter) have committed adultery (and by the way, who coined that ridiculous term – is there something really grown-up about cheating on your spouse?) then they have demonstrated some qualities, or absence of qualities, that are quite relevant to the job they are seeking: they don’t take vows seriously, and they don’t hold honestly in terribly high regard. I’d like to believe that when my president takes the oath of office that s/he is a) telling the truth, and b) actually believes that promises are meant to be kept. I’d like a president who hasn’t gotten into the habit of lying on a daily basis to the person s/he raised a family with. Because if you’ll lie to your spouse, I have little doubt you are going to lie to me, your staff, the Congress and the entire nation.

As George Carlin points out, in his routine about the Ten Commandments:

…when you think about it, honesty and fidelity are really part of the same overall value so, in truth, you could combine the two honesty commandments with the two fidelity commandments and give them simpler language, positive language instead of negative language and call the whole thing “thou shalt always be honest and faithful.”

Are you listening, Newt? Geroge Carlin, the Southern Baptists, and at least one Jewish mama can’t all be wrong, now can we? (And no, we don’t buy the excuse that your patriotism made you do it….)

I don’t agree with everything Obama has done, but he comes across as someone with an incredible amount of integrity. And while I’ve never voted Republican, (well, actually I did once, but it was Lowell Weicker against Joe Lieberman) I think I’d actually be more likely to vote for an honest Republican than a democrat in the tradition of Bill Clinton and John Edwards. (The “i can’t keep my pants on” tradition, that is.)

But enough ranting….and if the current political nonsense is as discouraging to you as it is to me – did you read this beautiful story in the NY Times today? True love. Far away from our nation’s capital and the Iowa caucuses. 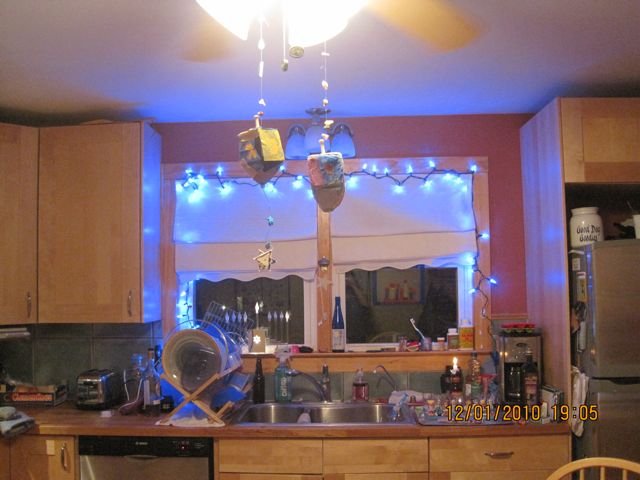 December dilemma or December opportunity? (featuring an interview with Anita Diamant about Hanukkah and Christmas!)
archives most recent
More from Beliefnet and our partners
previous posts