Northampton, Massachusetts: Is it good for the Jews? 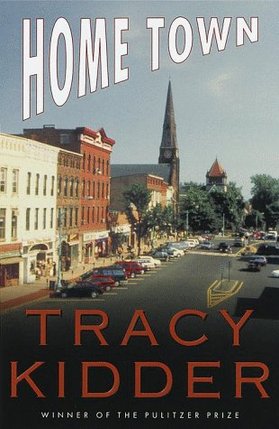 I grew up in Pikesville, a predominately Jewish suburb of Baltimore. There were many advantages to growing up in a large Jewish community, but by the time I was a senior in high school, I knew I wanted out of suburbia (Jewish or not) for good.

My search for a place to call home led me in many different directions. As an environmental educator and part time wilderness instructor, I lived in some pretty remote areas of the country. I loved the serenity and the beauty, but I missed the culture and the conveniences of my home town. Sometimes you want to eat some ethnic food, or buy some socks without driving two hours, you know? (These were the days before online shopping took care of the latter concern.) And I missed having any formal Jewish institutions to either attend or avoid.

I also lived in New York for three years, where I loved all the things one can love about the greatest city in the world. But, I missed seeing stars at night and being able to breathe deeply outside without holding my nose. The Jewish life was, of course, unparalleled.

I was looking for a compromise. Somewhere I could go out to see live music, watch an independent film, visit a museum, and eat interesting foods that I don’t know how to cook (or pronounce.) Somewhere I could provide my future children with a high quality Jewish education. But, I also wanted somewhere I wouldn’t have to deal with traffic or smog. Somewhere we could have a garden, and maybe some chickens. Somewhere where I would find my progressive ideals reflected, even in the Jewish community.

About twelve years ago, I was fortunate to be awarded a graduate fellowship at Smith College, and moved to Northampton, a town of about 30,000 people in Western Massachusetts. And it was there that I found almost everything I was looking for in a hometown.

The Pioneer Valley, which includes Northampton and the surrounding towns, boasts a great music scene (it is or was the hometown of Dar Williams, the Nields, Martin Sexton, Fountains of Wayne and Chris Smither, to name a few), and an amazing literary scene (the New York Times dubbed it The Valley of the Literate.) There are a number of very good restaurants and a few great restaurants. There are acres and acres of farm land a short bike ride from downtown, and countless CSA’s and farm stands boasting organic produce, some of them year round. It’s politically progressive (Ralph Nader came ahead of George W. Bush in the 2000 presidential election) and only a little crowded (and only sometimes.) Is it as diverse and exciting as New York? No way. Is it as beautiful as Southern Oregon (where I lived when my husband and I were first married?) Not even close. But it’s an awesome compromise.

But is it good for the Jews? Here’s the little secret that I almost hate to share, with fear that the rest of Park Slope will also decide to move here, making the chances of our ever affording a large house slim to none. This is an amazing place to raise a Jewish family.

Day school? Yup. It’s a great school with small classes. (Full disclosure: I teach Kindergarten there.) And tuition is UNDER $8,000 dollars, thanks to a grant for every student from the locally based Harold Grinspoon Foundation. (The same foundation also subsidizes Jewish pre-school, Jewish residential summer camp and trips to Israel for local youth.) There are synagogues of every denomination in Northampton or neighboring Amherst, and a vibrant Chabad with a mikveh. While there’s no full service kosher butcher in Northampton, and no kosher restaurants, there are several vegan restaurants, a full line of Empire Poultry at Trader Joe’s, and, thanks to the Chabad house, intermittent availability of (reasonably priced) kosher beef from locally-raised, pasture-fed cows. Did I mention the National Yiddish Book Center and the many lectures and cultural events sponsored by the departments of Jewish studies at the Five Colleges?

It’s not the community for everyone. It’s decidedly un-fancy. (My mom has finally realized that she doesn’t need to pack a dress for shul when she comes to visit.) It can be a little too left of center for some (the author of Heather has Two Mommies is a member of our shul.) And there isn’t a strong culture of 25-hours of shabbat observance (we have never, once, been invited to a shabbat lunch.) Oh, and we seem to grow an awfully hardy variety of head lice. (Though no reports of bed bugs, PTU PTU PTU.) But there’s a lot to offer, and room for our community to grow. Especially if, you know, a few of you wanted to settle down here.