Tis the season for olive oil

Thanks to my brother Tom for a guest post on Olive Oyl olive oil:
My friend Mike is a connoisseur of olive oils. He can taste an olive oil and tell you the oil’s country of origin, the blend of olives used, the time of year the olives were harvested, the type of stone used to press the olives, and other such arcana. Now that my sister has asked me to write something about olive oil for her blog, I wish I had paid closer attention to Mike when he was discussing his fixation, because I don’t know a whole lot about olive oil, truth be told.

I do know what I like, though. What I like is rustic olive oils that taste really olive-y. Wait, you might ask, don’t all olive oils taste olive-y? Isn’t that the point of olive oil? There is, in fact, a surprising variety of olive oils. Some are buttery, some are peppery, some are delicate, some are lemony… you get the idea. They taste different, and not always all that olive-y.
My olive oil of choice is Novello di Macina from Barbera. I’ve been told it’s the first pressing of the year (hence “novello”), which makes it the Beaujolais Nouveau of olive oil, except that Beaujolais Nouveau is vile and monochromatic and Novello di Macina is awesome and nuanced. It is robust and delicious, like distilled olives. The stuff usually appears in stores around this time of year and lasts a month or two. Then it’s gone until next year. I buy two bottles as soon as they arrive, and they last me through the year.
Novello costs about $30 a bottle. That makes it my ‘good’ olive oil, meaning I use it to dress salads and to finish cooked vegetables and pasta dishes. I’ll also use it in uncooked dips such as skordalia and taramosalata.
Olive oils lose their distinctive qualities during long cooking, so I use a cheaper olive oil for sautéing. Usually I just buy a jug of extra virgin olive oil from the Costco. It’s cheap and it’s perfectly fine for cooking.
Finally, do not call extra virgin olive oil ‘E V O O.’ Please. The whole point of an abbreviation is to abbreviate. It takes about as long to say extra virgin olive oil as it does to say E V O O, and the former does not bear the mark of the beast. The latter does. Thank you.
link for olive oil: http://www.pastacheesestore.com/banothmaoloi.html
read next post 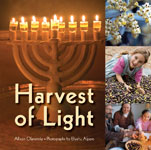