Get Out of the Way, (I’m Matthew McConaughey!) 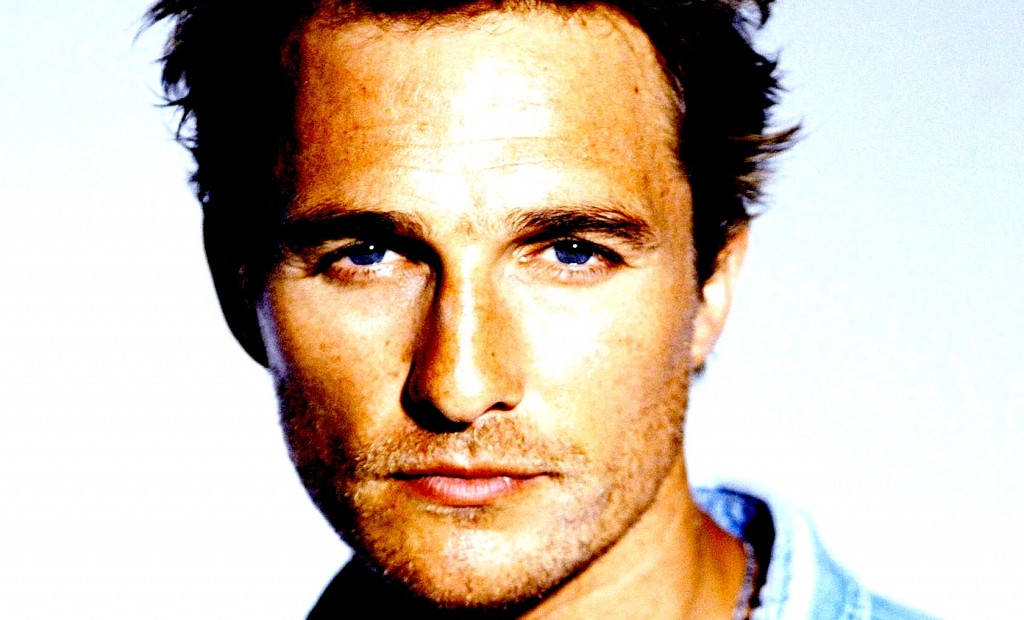 Imagine a Hollywood star, basking in the glory and success of his latest movie golden globe award, yet loving and laughing at fame at the same time, occasionally diffidently, indifferently – wholeheartedly…always with a swagger and marvellous Texan intonation.

Matthew McConaughey is exactly as human as I am, as anyone is. He is playing a game called “being a movie star.” There is no wrong in that.
Many people buy into these games and give the illusion more energy than is necessary. That can cause needless suffering.
Perhaps due to his unusual heritage, (his ancestry includes English, Scottish, Irish, Swedish, and German) McConaughey seems to understand that he is playing a character in a movie, and playing a character in a greater movie called life. He find joy and expression and has fun with his “character.” For a person whose life motto is “Just Keep Living”…what more can be said!
Apparently, he is known for not taking himself too seriously. At 18, he spent a year as a rotary exchange student in Australia which included time on a farm cleaning out chicken coops. Such an experience, no doubt gave him a lot of perspective and a great accent (he returned to the USA with an adopted Australian accent)!
McConaughey has a reputation for being himself—his repertoire includes giving Barbara Walters a foot-rub, not wearing cologne or deoderant (“A man should smell like a man. I haven’t worn deodorant in 20 years.”), playing Brazilian music continuously for eight hours in the operating room to help his wife, Camila Alves give birth to Levi, their first child.
Some classic quotes (15) from the abundantly talented and ridiculously quotable McConaughey:

“I love taking advantage of my fame. If I go to the airport and get taken to the front of the line, I’m not going to protest. When I show up to see a band and I get whisked backstage, I like it. If I’m offered the use of a private jet, bring it on. But I draw the line at playing the, “Do you know who I am?” card and I refuse to have every little thing done for me. If you buy into all that, it will show up in your acting.”

“Just keep living” is the motto that keeps me moving forward. I’ve had that motto since I was 21. I was filming Dazed and Confused (1993), my father had just died, and I suddenly realized I was no longer a boy. My life’s a lot bigger now. I have far more responsibilities. Also, it’s been a long while since I was anonymous.”

“We have a big appetite for putting people down but, at the heart of everyone, there’s enough room for all of us to succeed.”

“Who needs a house when you can live in a trailer? People tell me it’s not a very Hollywood way to live but it happens to be my preference. I’ve lived in big houses and a big space gave me too many options. I had this amazing chair that I loved but I’d go months without sitting on it. I had some nice paintings on the walls but I’d hardly ever look at them. I realized I didn’t need those things.”

“I talk to myself all the time. Just make sure you answer.”

“People are going, ‘You’re the sexiest man in America.’ And I’m like, ‘No, no — alive!’ Those extraterrestrials out there? Those dudes on Mars? They ain’t got nothing on me, man. I’m sexy, and I’m alive. Fact!”

“In whatever adulation you get, there’s truth and there’s not truth.”

“There’s a man I met 20 years ago. He escaped Russia. He was not even a carpenter, built a 17-foot boat and sailed across the Atlantic for decades he held the world record for smallest vessel single-man sailed across the Atlantic. He told me this, he said, ‘A genius can be anybody he wants to, but a genius is always one person at a time.’ So to that I say, that’s what we get to do, isn’t it? One man, one woman, one human. At a time. When we do it well. Just keep doing that. Just keep living.”

“A man should always have his diary on him. That way he’s guaranteed to always have something incredible to read.”

“My life is the road, man. I need to keep moving.”

“There’s a difference in thinking you are a champion and knowing that you are.”

“Life is a series of commas, not periods.”

“Now, you lose something in your life, or you come into a conflict, and there’s gonna come a time that you’re gonna know there was a reason for that. And at the end of your life, all the things you thought were periods, they turn out to be commas. There was never a full stop in any of it.”

To me, what makes McConaughey great is that he seems indifferent to fame….impervious to criticism, loves success but stll lives in a caravan, always laughs at himself, never seems forced and seems to act from a space beyond ego boundaries. He laughs at the ego, yet celebrates it. McConaughey is having fun—loads of it!

I Choose the Miracle!
archives most recent
More from Beliefnet and our partners
previous posts