I am. And I’m betting most women are. In fact, a study found that women apologize more than men do. Why? Men have a higher tolerance for what they perceive is worthy of an apology. Women who want to instill harmony in their relationships are more sensitive to transgressions, and more apt to feel like victims of wrongdoing.

The Bad Thing About Over-Apologizing

The thing about saying, “I’m sorry” is that it becomes habitual. Some of us do it as a courtesy, a polite remark. Others say it because they genuinely feel bad for something they’ve done. It can also be an afterthought, an easy statement to appease it’s recipients: “I’m sorry for not blogging, for my last inadequate post, for snubbing you, for what I wore today, for not working hard enough, for breathing.”

As women we’re taught to apologize, to appear polite, to sweep up the dust under the rug so no one sees it. But when does saying, “I’m sorry” become too much?

After the tenth time apologizing for a transgression (maybe you’re constantly late or you continually offend a friend), your apology may become watered down. Maybe it’s a sign you need to delve in deep and figure out why you’re really doing what you’re doing.

What Apologizing Could Really Be Hiding

You’re always late for a class or a meeting. Why? There’s a part of you that just doesn’t want to be there. It could be a sign you’re avoiding addressing an issue because it’s uncomfortable. Instead of just relinquishing a commitment, it feels easier to apologize for being late or unavailable.

If you find yourself continuously apologizing to a friend or your partner, you probably feel pretty resentful inside. Maybe you do it because you don’t know any other way to communicate. Maybe you’re afraid to open up and express how you really feel. It feels a lot easier to pacify an angry person then it is to figure out if you should be in this relationship in the first place.

Apologizing can heal a relationship, but it can also be a temporary band-aid. The key is to figure out what role it serves in your relationships. Are you apologizing because you feel less than, to temper a difficult person or issue or are you doing it because you are sincerely sorry for what you have done? 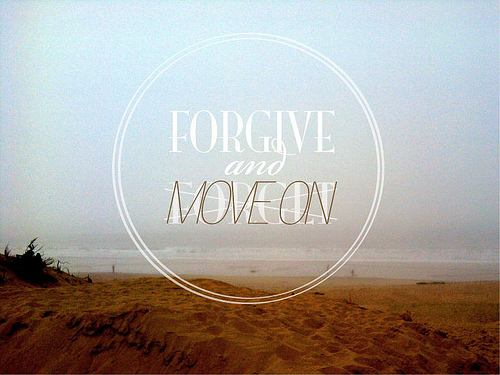 I am. And I’m betting most women are. In fact, a study found that women apologize more than men do. Why? Men have a higher tolerance for what they perceive is worthy of an apology. Women who want to instill harmony in their relationships are more sensitive to transgressions, and more apt to feel like […]

The F-Word That Will Change Your Life

To be human means you ache. You hurt for the things you don’t have, the life you never got, the people who betrayed you. Some days seem full of grief, heartbreak and anger. And it’s so easy to stay in this place. Although you’re never promised a perfect life, you gripe in agony over the […]

I think one of the greatest obstacles we grapple with is learning how to accept what is instead of moaning and groaning about what we don’t have. It’s like we’re sitting there one hand full of riches and the other hand open full of potential. But we don’t see it. Nope. We’re too focused on […]

The Truth About Comfort

Fear if left alone will only grow bigger. And if confronted can reap so many unexpectedly beautiful things. Such a small choice like deciding to go out with a new friend or trying a new restaurant, a new way home, can be like a car wash for your soul. Sometimes it’s small ripples that cause […]