Well, here we are again, meeting up for another round of “The X Factor” auditions. I confess that my original plan had been to skip the show tonight. It’s pouring here like I might need to build an ark and my puppy is amusing herself by pooping in the house and then eating it. So I figured that I had more exciting stuff than Simon Cowell to fill two hours.

Haha! You believed me! Let me recap the show for you.

Chicago’s auditions opened with Brock (18) and Makenna (22), a duo that is just too cute. He’s so in love with her, she clueless and says they’re just friends. You can see his poor heart break every time she says that. But they sing together so well. It’ll be fun to watch them in the show.

Skyelor Anderson (16, from Mississippi) wants to be one of those rare black country singers, and he’ll do it. He’s so good and so sweet. When the music on his backing track cut out, he didn’t even flinch, just kept singing. When the judges told him they were impressed by that, he said, “I came too far to stop!”

We were treated to a weirdo, which I mostly missed because I tried to get the dogs to go outside while there was a break in the rain.  But I did hear LA Reid say it “sounded so bad but felt so good.” The judges compared the contestant’s “other planetary” persona to Paula, who said she’d been on that planet too. Which led into montage of Paula babbling, including her saying, “I don’t know what show I’m on anymore.”

The show built up contestant Josh Krajcik from Columbus OH as a weirdo, because he’s 30-something and his mother drove him to the auditions. He looks like he might live in his mother’s basement. Then he opened his mouth to sing “At Last” and blew everyone away. LA said that he got it, that this was the “before” and that everyone would be impressed by the transformation.  But clearly, he’s one to watch.

Back to Seattle, 14-year-old Drew Ryniewicz from Chino Valley, AZ, a self proclaimed Justin Bieber fan, sang  Beiber’s song “Baby.” Big risk, since LA Reid signed Bieber. But Drew wanted to impress LA and she took a chance. And did it ever pay off. She did her own rendition (can’t say I’ve ever heard the original); Nicole liked it better than the original. LA called her special, and Simon said her audition was “exactly what I wanted a 14-year-old to do in this  competition”, calling her the easiest yes of the day.

Twenty-one-year-old Peet Montzingo had personality and star quality, along with dwarves as parents (his word, not mine).  But unfortunately for him, not singing ability. The judges were very encouraging, and told him that he had potential as an actor. Simon said he was fascinated by him, and that he likes people with ambition and talent and was glad Peet had one of them. Peet was very upbeat about his “no”. I imagine we’ll see him again some time, some place.

Quarter 4Shore, from Virginia Beach, wants to be the next boy band sensation. They had great harmonies and stage  presence, and got four yeses from the judges.

Elaine Gibbs, a 53-year-old grandmother and wedding singer, made it through with four yeses, as did 17-year-old Francesca Duncan and a montage of other singers.

Tiger Budbill, a 42-year-old wedding DJ, got three yeses; LA said  that he didn’t think Tiger was up to the other talent they’d seen. We’ll see. These are the fun contestants to watch.

Phillip Lomax, a 21-year-old waiter from Seattle and self described hipster, pulled off “Fly Me To The Moon” to get four yeses and some advice to work on his vocals. He’s super cute and confident without being too arrogant.

And then things started to fall apart when it was pointed out that there was a trend in the voting, something Simon called “DOA.” All of the female singers who had sex appeal, were dressed in boots or heels, or in any way weren’t aged grandmothers got the thumbs down from both Paula and Nicole.

One singer named Ivana stood on stage in humiliation after Simon said he liked her and thought perhaps she was like Nicole at the same age and stage in her career. Nicole took great offense and started belting out Whitney Houston like … well, Kara DioGuardi did that time with Bikini Girl. Meanwhile, poor Ivana stood there forgotten.

So when the final contestant of the  night, 19-year-old Tiah Tolliver, walked out, Simon said, “DOA.”

Tiah sang without a backing track, and it was good but not great. But Simon said he saw something in her and had a feeling about her. LA said it was difficult to tell from her acappella audition, but he agreed with Simon and said yes. Nicole said … well, go ahead and guess. Ding! Ding! She turned up her nose, gave the poor girl the death stare, and said no. Paula whispered to Nicole during the audition that Tiah was off key, wavered for a minute when it was her turn, and said she had to go with her gut – no. And Simon was ticked. He pointed out the “DOA” trend for the females and argued that Nicole and Paula weren’t being fair to Tiah.

LA, being the incredible gentleman he is, offered Tiah the chance to sing again and maybe change one of the girls’ minds. And Tiah stepped up to the plate, belting out “It Don’t Mean A Thing” acappella. I don’t know what Paula and Nicole were thinking, because the girl is adorable, has personality, was modest, and can sing. They let through weirdos, why not this girl? Simon begged one of the girls to change their mind. Nicole, with a very, very snotty attitude, changed her vote and Tiah was through.

But it highlights one of the problems with this show: Nicole is another Kara. I LOVE Cheryl Cole on the show; she’s sweet and modest and all about the contestants. If Nicole keeps up with the b*tch attitude I may have to turn the channel.

Oh, who am I kidding. If torrential rains and dog poop can’t keep me away, Nicole’s bad attitude won’t either 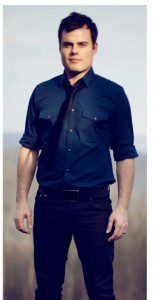 Marc Martel to appear on The Ellen DeGeneres Show, Monday October 3
archives most recent
More from Beliefnet and our partners
previous posts