We’re almost down to the wire, Idol fans! Tonight Crystal Bowersox, Lee Dewyze and Casey James will perform in the hopes of making it to the finale.
Each contestant will sing two songs – a judges’ choice and finalist’s choice. On the Wednesday results show, Travis Garland and Justin Beiber will perform.
We’ll also see the contestants as they travel home, Crystal Bowersox to Elliston, OH; Lee Dewyze to Mt. Prospect, IL; and Casey James to Ft Worth, TX.
I can’t believe this. When I hit “save” to publish what I had so far … it all disappeared. Gone. Goodbye.
Oh, rats.
Let’s see if I can recap anything:

Casey James sang his choice, “OK, All Right With Me.” In usual Casey form, he picked a simple song that didn’t really offer up anything interesting or challenging. And the judges agreed. But he sounded good.
Crystal Bowersox sang “Come To My Window”. Ellen said Melissa would be proud, but the judges generally agreed it wasn’t earthshatteringly different. Kara said she hopes Crystal has “a moment” tonight. I thought it was another great Crystal performance, but agree the song wasn’t all that different.
And we’re back to live with the program. Sorry about that. Grrr. I had some good comments, too. HA!
Lee Dewyze is up with his song choice, “Simple Man.” Randy says it was a brilliant song choice, and he sounded amazing and adds, “Somebody here feels like he can win this!” Ellen says he just showed he’s taking this seriously. She compares him to a baby lamb when they first met him, and now he’s a gazelle. Kara says he showed them everything he’s got, and says “Round 1 goes to Lee.” Simon asks why he picked that song; Lee says he could really get into it and he connected with it. Simon says it was “absolutely on the money” and he crushed the other two contestants.

Round 1: Lee Dewyze.
And now it’s time for the judges choices. (And for a hilarious commentary on them, check out VoteForTheWorst.com; disclaimer, there is cursing.)
Casey is up first, with a visit to his hometown of Cool, Texas. Randy and Kara have selected the song “Daughters” by John Mayer. Randy thinks it’s a perfect song for Casey and Kara says he needs to show his vulnerable side, and Casey needs to know his audience: women and girls. Casey’s on stage with guitar and a piano behind him. Again, the first note or two seem like he’s not really comfortable but then he settles in a bit to the song. But he’s not singing it like he means it; he’s singing like someone is holding a gun to his head. But let’s not underestimate the tween girls who vote based on puppy love. And he doesn’t look too happy as he finishes. Randy says this song fits him like a glove. Ellen says it was beautiful and she liked it a lot. Kara says it showed the more artistic side; Simon is cracking up as she talks. Simon, who can’t even hold in the laughter, says it was a much, much better song choice. But he adds that it’s a lazy arrangment where the climax of the song is a lazy guitar solo, and he blames Randy and Kara for not working to give him a better vocal climax. Simon says to be fair, Casey sounds good all night but the song didn’t have a “wow” moment.
During the break, one thing I mentioned that got erased: in season 10, Idol will cut the results shows to 30 minutes, instead of the time filler crap we’ve been subjected to this season. That’s an editorial comment, just so we’re clear.
Crystal is up next, singing Ellen’s choice for her: Paul McCartney’s “Maybe I’m Amazed.” Ellen says she picked the song because she loves the song and wants Crystal to “tear this thing apart.” Crystal starts the song sitting on the stairs, no guitar. She walks around the stage; her vocals are good, a little pitchy here and there, but as always Crystal puts on a good performance. The audience is on its feet. Randy says its a great song, great vocals and she’s “in it to win it.” Ellen says she couldn’t have asked for more. Kara says she didn’t change it up much but showed parts of her voice they haven’t hear until tonight. Simon admits the song choice was a surprise but now he gets it because she proved she has soul, and after that she may be thanking Ellen for putting her in the finale. Crystal tells Ryan it wasn’t outside of her comfort zone at all.
OK, prepare yourself: Lee is singing “Hallelujah.” How many times do we have to hear that song in one season? It’s Simon’s song choice, so it better be something pretty darn great. Simon says he picked it for Lee because while we’ve heard the song before he doesn’t think we’re going to hear it like Lee will do it. Simon says he loves the song. I love this song, too, and you know what? I love Lee singing it. He’s playing guitar, backed with strings, and then second verse a chorus comes out and flanks him, the song building. So it’s the same song, with a Lee twist (although one thankfully without bagpipes.) So there you have it. It was a definite moment. The audience is going bezerk, Lee is just standing there in a daze. Randy says he’s been waiting all season to see who’s going to throw down the gauntlet to win it. He gives it up to Simon for giving Lee his biggest moment all season. Lee thanks Simon because as first he wasn’t super excited but he’s so glad he followed through. Ellen says it was stunning. Kara says he’s “what the show is all about,” someone who starts in one point and goes to an epic moment; she says he owned the show tonight. Simon says he is very, very, very proud of him, and he tried to put himself where Lee was before the show started, and tonight he proved he’s a great person, a fantastic singer, and Simon seems to genuinely like Lee and wish him success. Lee says this song is just one that pulls everything out of you, and the audience reaction was amazing.
Round 2: Lee again.
I’ve been saying for weeks that Lee could win this whole thing (Back in March I predicted a Lee/Crystal finale, and a few weeks ago I predicted Lee would squeak out the win.)
So what do you think? Which two contestant will vie for the title of Season 9 American Idol?
RELATED POSTS
American Idol season 9 auditions and recaps – complete list of posts 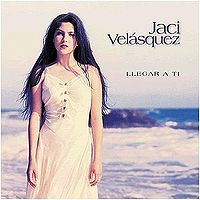