Tonight is the third part of American Idol’s season 9 Hollywood Week auditions. We’ll get to see the last individual performances before we find out tomorrow who makes the Top 24.
Do you have any favorites yet? Any predictions on who you think is going through?
The Olympics are also on tonight, and I will confess that I’d rather be watching that. But I don’t have TiVo so it’s Idol when it’s on, or not at all.
What’s been your favorite Olympic moment so far? I have two: watching Seth Westcott win the snowboarding cross yesterday and watching Alexander Bilodeau win Canada’s first gold on home soil.
But back to Idol. I’ll see you here tonight!
Olympic update: NBC’s Brian Williams gave a “programming update” to let viewers know USA’s Evan Lysecek will be skating late in the program. That’s code for, “Hey you Idol viewers, you’re not missing the good stuff!” I think that’s because they spread out the coverage until midnight. (Here’s the men’s figure skating schedule.) But just in case, switch over to the Olympics right after Idol ends so you don’t miss anything good.
So here we go!

I’ve seen a rumored list of the Top 24 and shared it with you, but let’s face it: we don’t know for sure. Although Joe’s Place blog has been spot on most of the time.
The format for this episode always bugs me. We start at the end and go backwards, iwth sneak peeks back at auditions, rather than watching a bunch of auditions and results. Instead, we see the contestants broken up into three groups. Group 1 includes Casey James, Andrew Garcia, Todrick Hall, and Tim Urban. Group 2 includes Kia Johnson, Mary Powers, and Hope Johnson. Group 3 includes Haeley Vaughn and Angela Martin.
There are some rumored top 24 in all three groups, so this will be interesting.
The peek at Angela Martin is great, really jazzy. Jermaine Purifoy sings “Brick House,” and Casey sings “Bubbly” … is that the name of the song? Either way, they’re all great. Jermaine is in Goom 2. Casey is in Group 1. Angela is in Group 3.
Hmm. This is tricky, tricky, tricky. But if you read the Top 24 rumored list, you already know which group is heading home. We’ll probably find out a few tonight, and then be left hanging for tomorrow. 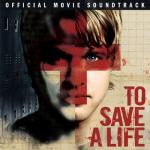