I know that we haven’t had a chance to really get to know all of the contestants in this year’s American Idol competition, but something at last night’s group auditions struck me: some of the people praying and thanking Jesus were acting like completely self-absorbed jerks.At the top of the list was Tatiana del Toro. The girl was a walking problem, wrecking havoc first on her own group and then Nathaniel, Kristen and Nancy’s group (known as Compromise). And they had their own problems to deal with. They didn’t need del Toro’s drama.Del Toro was rude, bossy, hysterical, controlling and self-centered. She argued, she challenged, she cried, she threw hissy fits. When she was on stage and thought maybe she might not get through, she started singing again in what can only be an attempt to throw her group mates under the bus and draw attention to herself. Talk about narcissistic. But when the whole group got through, she started thanking Jesus and calling on the heavens in joy. Um … how about if you just acted Christ-like to your group mates and saved the Jesus-dancing for the football field end zone?Group Compromise – Nathaniel, Nancy and Kristen – threw up a quick prayer before going on stage in a last ditch effort to smooth over their own problems. It worked for Kristen and Nathaniel, but Nancy threw a huge hissy fit. They’d had their own hours of drama and whining and bad behaviour. So why pray if you’re going to act like a jerk?Compare that to church music teacher and worship leader Danny Gokey, whom we know is a Christian and has a compelling, and heartbreaking, story. His group included his best friend Jamar Rogers, Taylor Vaifanua, and to be honest, I don’t know the other girl’s name. (That’s horrible. She should totally be getting credit here.) This group conducted themselves with grace, patience and a lot of class. And we haven’t even seen contestant Jesse Langseth, sister of blues rocker Johnny Lang. Her video is up on the Idol site, where she talks about her Kansas City audition. Just because we haven’t seen her doesn’t mean she’s not a hot contender next week.In any event, we’ll know more next week about who’s calling on Jesus this season when the remaining 75 contestants are whittled down to the final … however many they’re being whittled down to this year. Then we can get to know them better. For now, let’s save the drama, OK?RELATED POSTSIdol Shocker: Jamar Rogers Sent Home, Tatiana Del Toro StaysAmerican Idol: My Predictions For Some Of The Final 36 American Idol Season 8 Contestants With Ties to Christian MusicAmerican Idol Contestant Kristen McNamara & L.A.U.G.H.American Idol Contestant Ryan Johnson Performs Tonight with Christian Band InstereoIs Jesus at American Idol’s Hollywood Week?American Idol Judge Kara DioGuardi Gives Contestant Some Solid AdviceMore on American Idol contestant Danny Gokey and wife SophiaWhat’s up with American Idol’s new judge Kara DioGuardi and why is the show milking contestants’ tragedies?More American Idol PostsAnd if you want more American Idol show recap, visit my Idol blog at NewChristianVoices.com.Get the Gospel Soundcheck headlines delivered daily to your email inbox. Just sign up for the RSS feed by going to the “Subscribe” box on the right hand side of this blog and entering your email address. 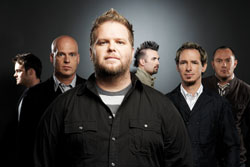