Many years ago, when I lived near our Nation’s capital, I had emerged from a polling place on Election Day and a busload of foreign journalists piled out of it. They were covering the current Presidential election, a heated race (as many have been and are). A few of the reporters circled around me and one of them, in halting English, said, “Did…you…just…vote?”

“Who did you vote for?” Another reporter asked me.

Now, a television crew had arrived and pointed their camera my way!  I couldn’t imagine what far-off television program might end up with the footage, but looked upon the whole scene as an opportunity.

“This is the United States of America,” I said patiently. “We don’t have to say who we will vote for, nor who we have voted for. Our vote is private and entirely our own.”

“Oh.  Oh.” The first reporter nodded, but still looked puzzled.  “What do you think of this kind of system?”

I smiled. “I love it. I absolutely love it.”

The reporters seemed satisfied with this, and in a blink, they and the camera crew moved on to another voter.

I think of this now that I’ve lived with the stresses of multiple chronic illnesses, the ups and downs of a personal life that needs calm but sometimes gets more upheaval due to illness than is healthy. Through many election cycles, now, I’ve tried to avoid the added stresses that come with engaging attention on external conflict – and campaign seasons bring more than their share of this!  So, I’ve stuck to my response, as broadcast somewhere long ago – I will vote, but I don’t have to say for whom. Not before, and not after. And I don’t have to get swept up in the heightened drama, angst, or conflict that’s swirling about in the news and elsewhere up to and through November. Simply, I prefer to preserve my inner calm, protect my stress-sensitive health, and fill my mind and heart with good things, Godly things, and thus not backslide because of external pressures.

There are good friends with whom I discuss the current state of “the race for the White House” and other political concerns. But more important to me is that everyone know where I stand on faith, Jesus, Scripture, and the importance of prayer and church. This is the aim, after all, of a life focused on God. And believe me, it makes for much less stress and much more grace! 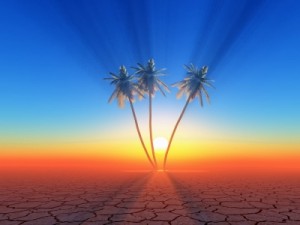 Chronic Illness: Avoiding the Limelight
archives most recent
More from Beliefnet and our partners
previous posts