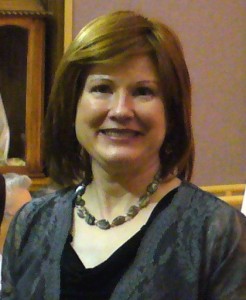 Beginning the first week of the new year with going to a friend’s funeral might not be one of the easiest ways to start 2013, but it brought to mind something tremendously important to me: For inspiration in life, we don’t have to look far or rely on news stories.  More often, truly inspiring people are closer to our lives than any public figure, and even if they have passed on, their encouragement echoes in our ears and their example fires up our hearts.

My friend had lived with cerebral palsy all of his life, but it never stopped him from living to the fullest and from nurturing a deep, abiding faith. As the disease progressed, I noticed an increased frustration in the limitations it placed upon him physically, yet these, too, never detered him from striving to learn, give, laugh and do. His funeral was tinged with sadness; saying ‘good-bye’ to a friend is never easy. But it was also a celebration of sorts of how faith can feed determination and how illness, no matter how debilitating, can serve as a springboard to being an inspiration, especially to those who also suffer.

Moving into this new year, this passing of a friend reminds me of how the greatest inspirations in life can be found nearby, in the extra-ordinary lives of ordinary people and in the energy and drive that they put not in looking at their own difficulties, but rather in continuing to forge lives of light and goodness. It’s a lesson I’ll certainly take to heart now and in the months ahead.

Epiphany: See the Star!
archives most recent
More from Beliefnet and our partners
previous posts