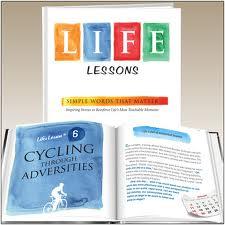 What is the secret of success?

Will you be ready when your chance comes?

Some people are repeatedly in the right place at the right time. Never chalking it up to dumb luck, good fortune is closely linked with hard-working people who have the smarts to position themselves for success. While some may concede that it is destiny, rarely will you find a lazy person making remarkable discoveries.

Truly, the secret of success in life goes to the man or woman ready for the opportunity when he or she faces it.

Novel discoveries often happen because of curiosity and sheer enthusiasm. With a consistent, inquisitive mind, discoverers position themselves to be in that right vertical slice called opportunity.

By always moving toward the next opportunity, Allan Shook put himself squarely in the right place and right time.

As a product inventor and consumer guru fascinated with why people buy products, he made it a habit to look, ask questions and listen.

In April of 1981, while serving as vice president of a small, independent greeting card chain of stores, Allan was engaged with the owner’s sons to start manufacturing gifts and stationery. During a visit to one of the stores, Allan noticed a middle-aged woman (Judy) in the party section. She had her arms full of party goods and clearly needed an extra hand. Shook jumped right in and asked her if he could help, and Judy was grateful for the assistance.

With all the store clerks busy, Allan took over the check-out process for Judy and he began to notice something quite odd about her purchase. Why was she buying cartloads of black napkins and black party plates in April? These were generally purchased in October for Halloween parties.

As Allan’s curiosity peaked, he inquired, “May I ask you something? Why are you buying so many black party supplies in April?” Judy chuckled and explained that her husband Bob was turning 40, and was quite depressed about the upcoming event. To mourn the passing of Bob’s youth, Judy was engineering an old-fashioned wake around this 40th birthday milestone. Dressed in black, all the party-goers would eulogize Bob and place their fond words into a rented coffin. Allan had never heard a more enthusiastic shopper getting ready for a party!

For Allan Shook, it was one of those “moments in time.” While most would have simply moved on with their day, something inside Allan moved him to act. Making a quick phone call to one of the company owners, the two decided to complete a little research on the aging population of America.

In a matter of hours, Allan and his crew became informed and amazed that over 80 million Americans were going to be turning 40 and then 50. Judy was not one of a kind, but the tip of the iceberg for a trend that could last for the next 30+ years.

With the trade show season upon them, Allan’s team went to work and within three weeks invented and displayed five gift and party items in the now infamous “Over the Hill” theme. In one weekend, his team wrote orders exceeding $30,000! They rushed to get the products manufactured, shipped and delivered to their stores. As a product pioneer, Allan eventually invented over one hundred separate items that led to a multi-million dollar corporation.

While Thomas Jefferson may be credited as coining “Over the Hill,” Allan Shook is credited with introducing these theme products into the social expression industry. Eventually, his company sold for a handsome price as its value soared on this singular idea.

For Shook, luck was never under his control, but location and timing were. Allan’s one-minute interaction with Judy began the “Over the Hill” craze that swept the world.

Life Lesson…
Above all else:

If you are truly willing to work hard enough and smart enough to get where you’ve always dreamed of going.

YOUR RIGHT PLACE and RIGHT TIME ARE CLOSER THAN EVER, especially if you keep an inquisitive edge. Extraordinary things do happen in life.
To learn more Life Lessons or to look inside this great book, please click here! 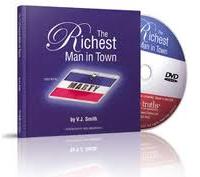