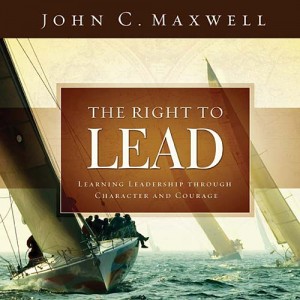 This excerpt is taken from “The Right to Lead,” by John C. Maxwell.

When U.S. Army General H. Norman Schwarzkopf was a colonel, he commanded the First Battalion of the Sixth Infantry, a unit previously known as the “worst of the sixth” but which he turned around with strong leadership.

After he improved the battalion, it was reassigned to a place Schwarzkopf described as “a horrible, malignant place.”. It was an area that had been fought over for thirty years, was covered with mines and booby traps, and was the site of numerous weekly casualties from those devices.

Schwarzkopf made the best of a bad situation. He introduced procedures to greatly reduce casualties, and whenever a soldier was injured by a mine, he flew out to check on the man, evacuated him using his personal chopper, and talked to the other men to boost their morale.

On May 28, 1970, a man was injured by a mine, and Schwarzkopf flew to where he lay. While his helicopter was evacuating the soldier, another man stepped on a mine, severely injuring his leg. The man thrashed around on the ground, screaming and wailing. That’s when everyone realized the first mine hadn’t been a lone booby trap. They were in fact standing in the middle of a minefield.

Schwarzkopf believed the injured man could survive, and even keep his leg-but only if he stopped flailing around. There was only one thing Schwarzkopf could do. He had to go after the man and immobilize him. In his autobiography, It Doesn’t Take a Hero, Schwarzkopf wrote:

I started through the minefield, one slow step at a time, staring at the ground, looking for telltale bumps or little prongs sticking up from the dirt. My knees were shaking so hard that each time I took a step, I had to grab my leg and steady it with both hands before I could take another. . . . It seemed like a thousand years before I reached the kid.

The 240-pound Schwarzkopf, who had been a wrestler, then pinned the wounded man and calmed him down. It saved the man’s life. And eventually with the help of an engineer team, Schwarzkopf was able to get him and the others out of the minefield.

Later that night when Schwarzkopf was at the hospital, three black soldiers stopped him in a hallway and said, “Colonel, we saw what you did for the brother out there. We’ll never forget that, and we’ll make sure that all the other brothers in the battalion know what you did.” Until that moment, it hadn’t occurred to him that the soldier he had saved was black.

The army had given Schwarzkopf the power to lead. And his knowledge and skill had given him the ability to lead. But his demonstrated character and courage under the most difficult of circumstances had earned him the right to lead.

For more inspirational advice like this, you can purchase “The Right to Lead” at the Inspired Faith Gift Store from Beliefnet.