Yesterday, my husband and I went to a 3:00 movie at the sweet little theater up the street from our house.  It was a Hitchcock festival, and they were showing “Rear Window,” far and away my favorite of his movies.  We ate Junior Mints, watched and laughed and gasped at the brilliant film, and had a terrific time.

Then we walked out of the theater….and into Armageddon.

A “micro-burst” storm had blown through while we sat obliviously in the movie.  As we walked past street after street toward our house, the damage started getting more severe.  Branches, limbs, wires….wait, is that a whole tree on that car?!  Is that another fire truck down that street?  We felt sure that Hitchcock would have zoomed in close, as he so often did, to let the audience watch our terrified eyes get bigger and bigger as the reality of the situation sunk in.

Our street was a disaster zone, and though our house and cars sustained mercifully little damage, our trees were stripped nearly bare.  We’re going to have to take down at least one tree, and we’re going to attempt to save the other.  Our grill was split in half.  And my three raised vegetable garden beds, which I had approvingly inspected on our way out to the movies, were crushed under the weight of giant branches that had flown clear across our yard.

All that was missing was a pair of ruby slippers and some yellow bricks.

Time doesn’t quite stop during catastrophes like this, but the world gets much, much smaller.   Stunned by realizations like “I didn’t know that tree’s root system was so shallow” or “I thought we had protected our roof,” or “I didn’t expect this to happen,” or “…but we were at the movies!”, people wandered the neighborhood, desperate to feel useful, helping each other drag branches out of the road, saying “be careful” when someone is about to walk over a jutting root.  We shook our heads and lamented the losses of trees that surely will grow in the coming weeks.  And we trembled with gratitude that we were safe, our neighbors were safe, and life would, soon enough, return to normal.

In other words, the storm was over.

So many acts of God–the storm itself, to be sure, but also the neighborly kindness, the lucky safety of our home, and maybe even the wonderfully weird eye of Alfred Hitchcock, who put us in the right frame of mind for such a random, wild turn of events. 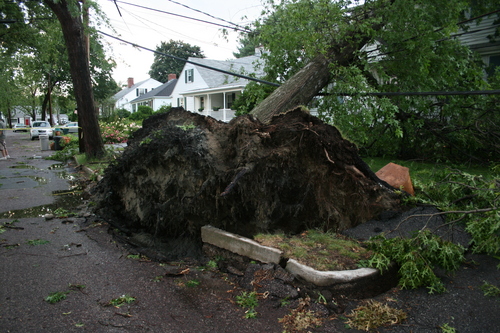 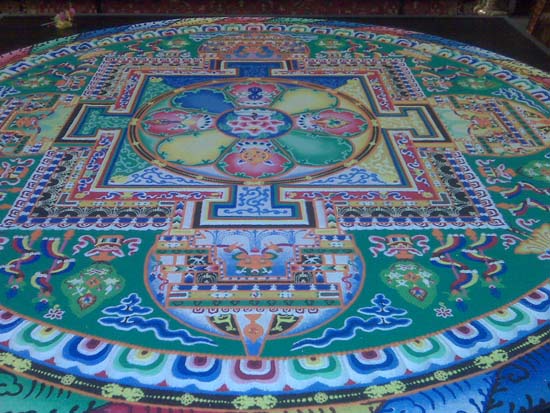