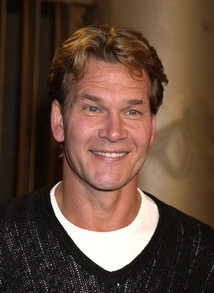 “Gorgeous and strong” is how his “Dirty Dancing” co-star Jennifer Grey described Patrick Swayze, who died yesterday after an almost 2-year battle with pancreatic cancer.

In his memory, I want to share this quote that he said to Barbara Walters in January, when she asked him about his decision to take on a new television role (on A&E’s “The Beast”) even as he struggled with his cancer.  He said:

I’d say he accomplished that goal, both by entertaining us for so many years, and for being a model of bravery and survival in the face of devastating illness.  R.I.P.

Fresh Morning: Effects of Words on Water
archives most recent
More from Beliefnet and our partners
previous posts