Kelly and Kelly: The Names of Those We Love 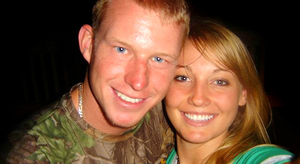 There’s a funny news story floating around about the upcoming nuptials of Kelly Hildebrandt and Kelly Hildebrandt. The two 20-somethings met on Facebook and are now getting hitched after eight months of dating.

It got me thinking about the name patterns of people I’ve dated. No one else named Valerie Reiss, but I’ve almost only dated guys with one-syllable names since my sixth-grade boyfriend Sam–Mike, Jon, Zak, Dan, Ted. My mom is named Roberta and she married two Roberts–yes, people called them Bobby and Bobby. I’ve read that people under the astrological sign of Libra who date each other tend to have names that start with the same letter–a tidbit borne out by a Libra couple I know, Derek and Darcy.

I’m not sure what this means at all, but it does seem powerful–were Kelly and Kelly destined to be together? Same name, attracted to each other, born four years apart? Numerologists say that our names and the number the letters add up to say a lot about our life-paths. Plus, interestingly in their case, Kelly means “warrior.” I hope the fact that they’ll never know which bill is for whom ever again doesn’t get them warring. Is there something to this whole couple name thing? Have you noticed any patterns or something interesting in the names of who you love?