By Mike Nappa
“Neither do men pour new wine into old wineskins…” (Matthew 9:17). When Jesus made this comparison statement, it was more than just an explanatory reference of common daily wisdom. In this little allegory, “new wine” represented Jesus himself, causing a conflation of Jewish history and messianic expectations that would’ve been both understandable and excitingly new…

By Mike Nappa
Christ’s culturalized references (in Matthew 9:14-17) to a bridegroom, cloth, and new wine all held spiritual significance, but the understanding of those symbols was grounded in the practical, commonsense life of an ancient Israelite. Consider these everyday insights from Bible historian, Craig S. Keener: A wedding celebration, when the bridegroom was present, was an extended…

By Mike Nappa
When examining the moment in Matthew 9:14 where John’s disciples questioned Jesus about fasting, it’s helpful to remember the historical context. At this moment in time Jesus’ cousin, John the Baptist, languished in prison as punishment for doing pretty much the same things (minus the miracles) that Jesus was doing. John’s ministry had emphasized obvious…

Bible Resource Spotlight: The Case for Grace by Lee Strobel

By Mike Nappa
Reader Appeal: Parents, Teens, Pastors Genre: Christian Living FBSN Rating: B It’s tempting to think of Lee Strobel as a one-trick writer, simply because he keeps publishing random books titled “The Case for…” That temptation gets even stronger when you see the title of his latest book, The Case for Grace. After all, no one…

By Mike Nappa
Reader Appeal: Seminary students; Professors; Pastors Genre: Theology FBSN Rating: A The first thing you say when you see Michael Horton’s book of systematic theology is “wow.” That’s because, at over 1,000 pages, this brick-sized tome gives new meaning to the digital revolution. Yes, you might want to buy the e-book version of this one,…

By Mike Nappa
Reader Appeal: Mothers; Bible students; Teens Genre: Study Bibles FBSN Rating: B+ Envisioned by women, for women, and created by more than a dozen biblical scholars, The Study Bible for Women features the accurate-and-readable Holman Christian Standard Bible translation and a host of other study aids. Each book of the Bible is prefaced by a…

By Mike Nappa
What if Matthew had said no when Jesus came calling (see Matthew 9:9-13)? We know that Matthew (also known as Levi) had mortgaged himself to gain a substantial portion of wealth in his world. We know that when Christ came around, he was forced to choose between that poverty of riches and the richness of…

By Mike Nappa
Why all the hatred toward “tax collectors” in Jesus day? Sure, nobody really likes paying taxes, but everybody does it anyway. So why were tax collectors so universally despised? Tax collectors in that time were so reviled that their occupation (telōnēs in Greek) became synonymous with the word “sinner” (see Matthew 9:10-11). In fact, the…

Matthew 9:9-13; The Calling of Matthew (Personality and Character Studies)

By Mike Nappa
Walking through Capernaum (“his own town”—Matthew 9:1), Jesus came across Mathew sitting at a tax collector’s booth. Christ plucked the man out of obscurity with these two words, “Follow me” (Matthew 9:9). Here’s what we know about that man: The name Matthew means “gift of Jehovah,” or “gift of God.” Matthew was also called “Levi”…

By Mike Nappa
Jesus’ healing of the paralytic is a dazzling physical miracle, but even more a stunning revelation and commentary on the spiritual realm. “Take heart, son; your sins are forgiven,” Christ said as his precursor to healing. Here’s a little deeper insight into what that simple sentence entailed: “Take heart” (tharséō)—This is more than simply a…
archives most recent 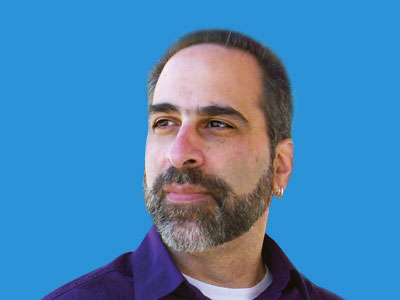 Mike Nappa is an entertainment journalist at FamilyFans.com, a bestselling author—and a notorious Bible Study Nerd.

He's a former youth pastor who shepherded kids on staff at Chuck Swindoll's church in Southern California—and he's a bestselling and award-winning author with more than a million copies of his books sold worldwide. Plus, he holds a degree in Christian Education with an emphasis in Bible Theology. So, you know, he’s got that going for him.

Mike is also a pop culture dork who watches too much TV, reads too many comic books, utters too many bad words, laughs at all the wrong jokes, and often gets in trouble because he says whatever he happens to be thinking at the moment—like quoting an R-rated movie in the middle of a sermon. Yeah, he’s a mess (just like you!), but he kind of likes it that way.

Most of all, Mike Nappa loves Jesus, and he figures that covers over a multitude of sins.