Actually, no. That title was just a teaser. There really aren’t any fun moments in the Book of Lamentations, which is why I had to make my own with the Twible.

As you’ve probably guessed, Lamentations is a bit of a downer. Walter Brueggemann has described the book as Israel’s post 9/11 wrestling. Just like America had to confront a lot of sudden insecurity about itself in the wake of 9/11 (Did we bring this on ourselves? Why do “they” hate us? Why would God let good people die?), Israel during the exile found itself dealing with questions it had never addressed before: Why did God let the Davidic dynasty fail when He promised that would never happen? What did we do to deserve this? And how are we going to carry on from here and worship God without our temple, priests, and sacrifices?

Not surprisingly, Brueggemann said that Lamentations scholarship has enjoyed something of a renaissance in the last decade. I find this fascinating: a book that had been ignored for long periods during America’s confident days of Empire is now quite suddenly relevant again.

The first four chapters of Lamentations form biblical literature’s most depressing acrostic poem, an A to Z litany of woe. I tried to reproduce this in the Twible with thesaurus at hand. My thanks to the careful reader who noticed I’d left out the letter K; I’ve corrected this and apologize sincerely to the letter K, which does not deserve such neglect.

Lamentations is an important reminder of transience and loss. There is an honesty to its sadness that is bracing but beautiful.

So, read it and weep. Literally.

#Twible overview: With a name like Lamentations, you KNOW it has to be fun. If fun for you is an A-to-Z report of exile, death & no HDTV.

#Twible Lam 4: More of same. This chapter is still part of the alphabetical exile poem, but I got too depressed. I also ran out of letters.

#Twible Lam 5: Lam ends w/ Judah whining that G has turned their dancing into mourning. They liked the Psalm 30 version of that MUCH better. 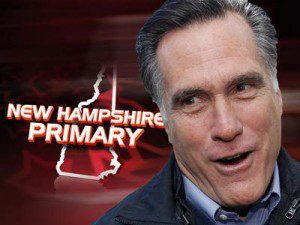 Washington Post on Faith: Is Romney Mormonism's JFK?
archives most recent
More from Beliefnet and our partners
previous posts