When I think about my favorite folks in the emerging church conversation, one of them is certainly Tony Jones, one of the movement’s founders. It was Tony’s book The New Christians that first introduced me to the idea of church as a wiki, which has been a transformational notion for me. So I was excited to download his latest book, The Church Is Flat: The Relational Ecclesiology of the Emerging Church Movement, which is (gasp!) actually a digitally published version of his doctoral dissertation. It’s certainly his most academic book yet, but people who are interested in the maturation of Emergent should read it. (And all of us should of course congratulate Doctah Jones on his newly minted Princeton PhD.)

Because Tony is such an innovative thinker, it’s going to take two days to post our conversation. I’ve divided it into today’s post, which deals with the content and argument of this latest book.  Then tomorrow’s interview will feature Tony talking about the decision to self-publish and the learning curve of getting his book ready for prime time on the Kindle, the Nook, etc. He’s a real maverick when it comes to the digital future, and has thought carefully about where publishing is and where it’s going. –JKR

What do you mean by “The Church is Flat”?

The title is a bit of wishful thinking. It’s a predictive statement, rather than a descriptive statement. The dissertation itself was titled something like the subtitle is, about the relational ecclesiology of the Emerging Church Movement (ECM).

I’m kind of hyperbolizing what the Emerging Church is up to. I’m also hoping that the church in general will flatten its structure in coming days, that it will become more and more egalitarian and less hierarchical. The core of my message in this book is similar to what I’ve been speaking and writing about for a few years now, which is that I want people to lay claim to the hermeneutical authority that they’ve been given by God. I think that laypeople tend to be quick to abdicate that and clergy are quick to pick it up and take it. That’s a major problem in the church.

What’s your 50-word description of the book when you meet new people at Minnesota potlucks?

My elevator pitch is that the ECM has been innovating some radical ecclesial practices in the last ten years, but the movement is not theologically sophisticated enough. Jürgen Moltmann has been writing about radical ecclesial communities for the last forty years, but his ecclesiology has not been grounded enough in real, actual communities of faith. My book is about bringing those two things together so they can greet one another with a holy kiss.

What did you want to add to the literature on Emergent?

I wanted to add a book from someone who is a participant observer, to write a book that is honest about the shortcomings of the movement, and a book that would lend some academic credibility to the movement. 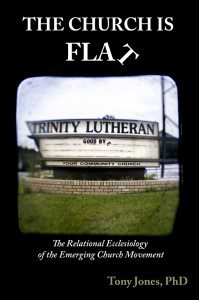 What do you identify as the shortcomings of the ECM?

In chapters 4 and 5, that’s where I land the plane. The reader has suffered through the literature review and the definition of terms in those early chapters. Later in the book, I argue that the ECM has done some cool stuff ecclesially, but that’s been basically these leaders intuiting their way into the practices. The practices didn’t come out of robust theological reflection, and what worries me is that if they lack a sophisticated theological framework, they will come and go. I want to provoke other leaders in the movement to do more theological background work, the deep work that one needs to do. For instance, late in the book, I point out that a thoroughgoing trait across the movement is the lack of any kind of sacred/secular divide – the traditional view that there is sacred place and secular space, or sacred practices and secular practices. I think this has to do with the theology of panentheism, which Moltmann as well as others have developed – the idea that there is no aspect of creation that is lacking in God.

How did you find the eight Emerging Churches that you profile in the book?

I found them through my network of people I knew who were part of the movement. My methodology in that regard was not super-scientific, but it was somewhat scientific. I ended up not writing about two of the churches, because as time passed I felt they ultimately had passed out of identifying themselves as Emergent. So I didn’t really go 8 for 8.

As one of the founders and leaders of the Emergent movement, how did you navigate the insider/outsider status of studying this topic as an academic?

I tried to be deliberate in the way that I talked to people when I was at the churches. There are certain ways, when you are doing phenomenological research in the social sciences, to bracket out your own biases and presuppositions. So I was pretty careful. Some people even knew who I was, and I just had to make it clear that I could handle whatever they said, that I didn’t have a vested interest in the success or failure of their churches. I found people in the movement to be extremely open with me, so I didn’t have to do any apologizing for who I was. 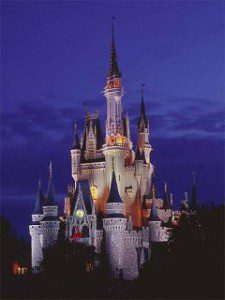 Mormon News & Commentary, from General Conference to The Bachelorette
archives most recent
More from Beliefnet and our partners
previous posts