No More “Inactive” Members and a 9/17 Day of Service? This Week’s Mormon News & Commentary

Thoughts on four Mormon items in the news this week:

[Note added on September 15: The LDS Church has disputed this Wheat & Tares story as unfactual.]

2) I’m getting snippets of information about an LDS Day of Service that’s happening all over the country this Saturday, September 17. Is this a grassroots event? There’s nothing about it on the church’s official website, and yet there are dozens of web pages about individual wards and stakes getting out into their communities this weekend to provide thousands of hours of service. Bravo!

3) Midwesterners, get your tickets. The Book of Mormon musical is coming to Chicago for a limited 12-week engagement starting in December 2012. And in Denver, folks are mighty irritated that a promised production has turned into a more limited 3-week run next August and September. Sorry, Denver.

4) Jon Huntsman’s Mormon creds come under scrutiny in this new article from International Business Times. The Times apparently did not get the memo about the inactive/less active language above, because the article is full of speculation about Huntsman’s Mormon bona fides. Ultimately, it concedes that Huntsman’s personal Mormon worthiness matters little in the public eye:

Unfortunately for Huntsman, the nuances of his engagement (or lack of) with the Mormon Church should not provide him with any meaningful immunity to the social stigma that plagues the religion, in large part because most Americans are unfamiliar with the church outside of its association with polygamy and its perception of being closer to a cult than a legitimate religion. According to a Gallup Poll, 22 percent of Americans say they would not vote for a Mormon for president — regardless of his political party.

So it seems Huntsman is politically screwed either way. Well, at least he still has his personal jet. 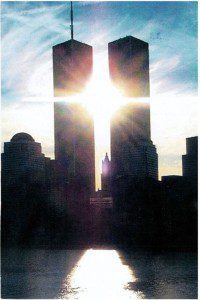