When Theological Disagreement Spills over into Anti-Mormonism

Over the last few weeks we’ve seen a maelstrom over at Patheos, which published Warren Cole Smith’s article “A Vote for Romney is a Vote for the LDS Church” on May 24. As this follow-up interview makes clear, Smith believes that his words were “taken out of context” and his “positions mischaracterized.” He is not, he asserts, a bigot.

No? Many Mormons would disagree, as this quasi-official response from LDS PR head Michael Otterson suggests. Religion Dispatches blogger Joanna Brooks got Warren Cole Smith on the phone and gave him a chance to explain his views more fully, especially his claim that Mormonism is “dangerous” as well as theologically untrue. Let’s just say I was a lot more impressed with the thoughtful way Joanna Brooks conducted the interview than I was with Smith’s responses, particularly when she followed his assertion that “anything false is dangerous” with cogent questions about whether other religions he would regard as false, such as Judaism, are also dangerous. He prevaricated.

In this week’s episode of “Mormon Matters,” Joanna and I talk about this controversy with evangelical author John Morehead, who specializes in the study of new religions. It was a good discussion and marked by the kind of mutual respect that I hope to always give and receive in my interactions with people of all faiths. The three of us discuss theological differences, including Christology and continuing revelation, and identify areas where our own religious traditions have fallen short of full transparency or have been unloving toward people who hold other beliefs.

One issue that we didn’t discuss, but that I’ve been thinking about since we recorded the interview, is how to discern when critical commentary about another religion crosses that important line between concern about differences and ventures into “anti” territory–anti-Catholicism, anti-Semitism, anti-Mormonism.

I’ve had some wonderful and enlightening conversations with evangelicals who don’t share all of my theological views but have treated me like a respected friend and dialogue partner. To me, good interfaith discussions are predicated upon a mutual commitment to try to stand in the other person’s shoes and to be honest about your own tradition. I’m lucky to have had many friendships with open-minded evangelicals who have taught me so much about theology, the Bible, and myself. (Thanks, guys!)

However, anti-Mormonism still exists, and with the Romney campaign taking center stage, it seems to be getting worse. When does genuine theological disagreement devolve into ad hominem attack? Here are five signs to watch for:

1) You claim that a religion is inherently violent or dangerous. We saw this in March when Franklin Graham (who just can’t seem to hold his tongue) had this to say about Islam in America:

The Muslim Brotherhood is very strong and active in our country. It’s infiltrated every level of our government. Right now we have many of these people that are advising the US military and State Department on how to respond in the Middle East, and it’s like asking a fox, like a farmer asking a fox, “How do I protect my henhouse from foxes?” We’ve brought in Muslims to tell us how to make policy toward Muslim countries. And many of these people we’ve brought in, I’m afraid, are under the Muslim Brotherhood.

Here, we see Franklin Graham playing upon people’s fears of conspiracy, of a forceful religious minority silently infiltrating the corridors of power. Warren Cole Smith takes a page from Graham’s book when he emphasizes the danger of mixing Mormonism and the United States presidency. Having a Mormon president would “normalize the false teachings of Mormonism” and create evangelistic opportunities for Mormon missionaries around the world. The danger would therefore spread.

2) You claim that the religion has deviant or illicit sexual practices. This is one element of the five that Smith does not engage in at all. However, this was of course a standard feature of anti-Mormon literature well into the early 20th century, since the LDS practice of polygamy flouted the sexual standards of most Americans.

3) You choose its more esoteric or odd-sounding beliefs to represent the whole tradition. Anti-Mormon literature routinely brings up strange teachings, like the idea that God lives on the planet Kolob or that Jackson County, Missouri is the site of the Garden of Eden–neither of which, as I’ve blogged about before, I happen to believe–in order to make the religion sound as preposterous as possible. Smith chooses to highlight Mormonism’s “highly idiosyncratic” belief that Jesus visited America. Nowhere does he balance that with discussion of more other, more Protestant-compatible LDS beliefs like the centrality of the Bible, the atonement and resurrection of Christ, or the importance of leading a Christ-like life. I can tell you that 85% of what I hear in my Mormon ward is related to those things, not to what Smith would consider to be idiosyncratic. That is not to say that serious theological differences don’t exist between Mormon Christianity and evangelical Christianity, particularly about Christology and the Trinity. But to lead from the margins rather than the center when analyzing another religion is, as John Morehead points out in the podcast interview, patently unfair.

4) You place it outside your culture’s dominant history. This is how Nazis distinguished between “good Aryans” and the “dirty Jews” who had turned everything wrong for Germany in the interwar years; frighteningly enough, this is also how Franklin Graham is trying to turn Americans against Islam right now:

We certainly love the Muslim people [are you feeling the love, Muslims? Cause I missed it… -JKR] But that is not the faith of this country. And that is not the religion that built this nation. The people of the Christian faith and the Jewish faith are the ones who built America, and it is not Islam.

Smith treads on this slope when he emphasizes that the Mormon version of history, because it is theologically different, is dangerous. Suggesting that because the LDS religion teaches continuing revelation, a Romney presidency would have a surreal grasp of American history as an ever-changing story, Smith asks American voters:

Do we want a person who believes that history is something you can “make up as you go along” negotiating the outcomes of conflicts with real histories that go back thousands of years? Conflicts in the Middle East, in Asia, and elsewhere require an understanding of history and human nature that are not fabricated out of whole cloth.

Well, as a historian, I would point out that history is an ever-changing story; it would be easier if it were only about facts and dates and things we could all agree on, but it’s not. Semantics aside, I have never heard Mitt Romney fabricate American history, for all of his waffling on hot-button political issues. (Evangelical Sarah Palin has been known to fabricate American history quite recently, however. This is not the fault of her religion, but her ignorance.)

5) You suggest that its people are less moral than you are, or unfit for full rights in society. At the end of the day, this is perhaps the most damaging of the five. I think it happens to Mormons less often now than it did several decades ago; as Mormons have moved in increasing numbers away from the Wasatch Front and into the general fabric of American life, it has become more difficult for people to exoticize or demonize them. They are your neighbors, classmates, and co-workers. Even Smith admits that he’s had “positive” experiences with Latter-day Saints through the Boys Scout organization.

However, it’s hard to take that as much of a compliment when his original article emphasized how “ If … beliefs are false, then the behavior will eventually—but inevitably—be warped.” In this syllogism, all Mormons hold false beliefs, and beliefs will become apparent in action, so therefore all Mormons are suspect and dangerous.

Smith concludes his screed by asserting that Mitt Romney is “unfit to serve” as President because he holds false and dangerous religious beliefs. Presumably this means that Mormons, because they have different beliefs than Smith, should not run for political office.

In fact, he’d probably rather that Mormons didn’t vote at all, though he doesn’t say so. He’ll be relieved to know that I’m not planning to vote for Mitt Romney, either, though not for any of the reasons he mentions. I’m not going to vote for him because I have other political commitments and ideals. Apparently my Mormonism and Romney’s have led us to quite different understandings of government, an ideological diversity that Smith’s limited caricature of Mormonism cannot account for. 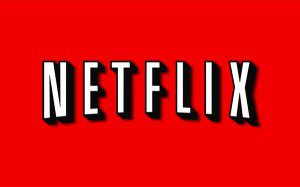