From Holy Day to Holiday: A Q&A with Donald Heinz about Christmas 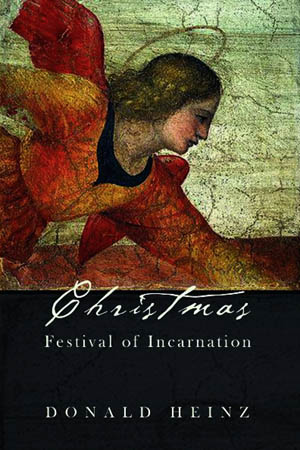 In his new book Christmas: Festival of Incarnation, Donald Heinz argues that for all its commercialism, Christmas is still best understood as Christianity’s key holy day. I’m so pleased to welcome him here for a Q&A. You can also watch a YouTube interview with him here.

(Can I add that it cracks me up that the author looks so much like Santa Claus? I’m just sayin’.) –JKR

What personal experiences of Christmas drew you to this topic?

I grew up in Dubuque, Iowa in a devout Lutheran home that celebrated Christmas enthusiastically and piously. There were two focal points to our religiosity–church and home. The church was the center of our religious life, and we participated in it as a whole family–my father an elder, my mother in the women’s group, and the four of us children in Sunday School and Confirmation. All the four Sundays in Advent, Christmas Eve, Christmas Day, and Epiphany (the 12th day of Christmas) were important worship services for us, and none of us could have imagined neglecting them. I still remember when I was 12 or 13, wearing my first white shirt and tie, and reciting from memory before the entire congregation Mary’s Magnificat (“My soul magnifies the Lord” etc.). We all competed for important roles in the annual Sunday School Christmas pageant, held on Christmas Eve.

Though we were devout Christians who had family devotions every night after supper, we also played gift-giving, Santa Claus, baking, decorating, and everything else about the holiday to the hilt. We did it all, as did most of the people we knew.

Why did you want to write a book about Christmas?

By the 1990s I was increasingly filled with dismay that the religious and spiritual substance of Christmas was fast being buried under an avalanche of consumerism. When leftist intellectuals mounted their critique of the modern Christmas as the “civil religion of capitalism” and called Christmas itself “the sacrament of consumerism” I certainly agreed with them and was making that critique myself. I repeated in my book what many other social observers were saying, that “it’s easier to imagine Christmas without religion than without shopping.” But fundamentally I believed all the critics were missing a still substantial religious residue, the presence of holy day deep down in holiday.

In addition to the hundreds of Christmas books coming out each year on baking and feasting and decorating and customs around the world and good family times and poetry and short stories, there were also increasingly appearing works of serious scholarship that tried to analyze the modern Christmas and how it came to be. But I found them immensely disappointing. Where in any of these books was there any awareness of the Christmas I had experienced as a child, or replicated as an adult in my own home and family? Had none of these scholars ever been inside a church on Christmas Eve? Had they never “entered the imagination of God” by participating in a Midnight Mass on Christmas Eve? Of course they knew all about pre-Christian solstice celebrations, but did they know nothing of the history of Christmas as a major ritual of Christian worship, accompanied by a vast array of music and the arts that grew up around public worship and were gradually laid down as great spiritual deposits in the Western tradition? 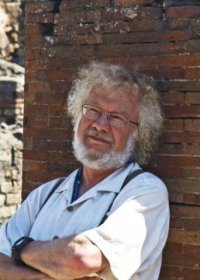 So I set out to add something new to the study of Christmas, to write a book that would give a full accounting to the festival. I proposed to triangulate Christmas, get it right, through an interdisciplinary approach that would do every dimension of holy day and holiday justice. I was trained in the sociology of religion, so I wanted to give full due to the way the “sociological imagination” envisions all the particularity and messiness of what is now often called lived religion. I also turned to anthropology and ritual studies which envision events like Christmas as great “cultural performances” that display the great stories we tell ourselves and that lie at the heart of culture, as well as the powerful forces that run beneath great festivals, such as economics. But above all, and here is where my book parts company with much of the scholarly literature, I wanted to offer an unequivocal and non-reductionist religious (or spiritual) account of the season. By non-reductionist I mean that I chose not to reduce religion to its economic or commercial or social or festive footprints, even if they are all clearly discernible.

I know that scholars and students will find a lot to chew on here, but what will general readers take away from your book?

I’ve tried to offer something for everyone, from those only looking for a good pairing of food/wine/guests, to those wanting to understand better the aesthetic experience they’re having in a museum, to those wondering whether manger scenes in a public park are a good idea, to why carols are irresistible and how it’s almost impossible to read my section on carols without singing along while reading. I wonder whether the Incarnation (God coming in human form) that has energized music and the arts for so long has run out of oomph in the modern age, or whether we just have to look for transcendent Presence in different places. I ask whether Christmas could be the occasion for bringing institutional religion and artists and the festal joy of common people all together again.

There’s an entire chapter on how God gets carried away at Christmas (double entendre intended), how we spin divinity into every matter, how presents and lights and decorations are part of human joy and celebration. With other scholars, I reveal what’s really going on with elaborate gift wrapping–concealing a commercial transaction beneath a mysterious disguise. Oh, I just ruined it for you. I love telling the history of St Nicholas and what’s really going on with his cultural evolution into the corporate image of Coca Cola. To complement the current unexpected performances of the Hallelujah Chorus in malls going viral on You Tube, my book recounts the evolution of Handel’s Messiah among all English-speaking peoples from the early 18th century to today.

You argue that capitalism is burying the celebration of Christmas, which should be taken seriously as a religious event. Why is Christmas Christianity’s “most important idea”?

The reason the uniquely Christian part of the Bible is called the “New Testament” is that it appears, at least in the Christian telling, that God seems to have had a new idea, a new plan for making friends with the world, a new road for companionship between the divine and the human, the spiritual and the material, the immanent and the transcendent. What is unique about Christianity is its assertion and experience that God has consented to come fully into human form, that divinity is spun into every matter, that religion and spirituality do not flee from but in fact authorize “material culture.” The baby Jesus fully swaddled in every human vernacular, that is, in the clothing of every culture and every time, is the evidence, to the Christian imagination, that the Incarnation at Bethlehem continues to this day, that the Presence of God keeps coming in ever new “inculturations.” The celebration of Christmas is the opportunity to look for it and to practice it.

Advent and Christmas with Dietrich Bonhoeffer, Week 3
archives most recent
More from Beliefnet and our partners
previous posts