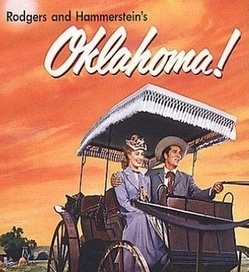 Oooooklahoma! Where the wind comes sweepin’ down the plains . . . and Muslims need to check their religious beliefs at the state border.

This week there is a firestorm of debate over whether Oklahoma voters should have been able to reject the “threat” of sharia (also “shariah”) law in a state referendum earlier this month. Many Oklahomans are proud to have been the first state to have publicly rejected sharia law by referendum.

A judge counters that there’s just one teensy problem with that: it’s blatantly unconstitutional.

Here is what the Wall Street Journal says about it, inviting readers to vote in a quiz about their opinions:

A federal judge blocked Oklahoma officials from implementing a voter-approved referendum that singles out Islamic religious law, or Shariah, as a threat to the state. Chief Judge Vicki Miles-LaGrange, of U.S. District Court in Oklahoma City, set a Nov. 22 hearing to consider whether the Save Our State Amendment violates the U.S. Constitution. What do you think? Does the measure violate the First Amendment, which forbids government from promoting an “establishment of religion” or interfering with “free exercise” of religion?

However, the free exercise of religion is not a matter of referendum or popular debate on WSJ.com. It is protected by the first Amendment of the Constitution, period. It is illegal for any religious group’s free exercise of religion to be curtailed by the government except when aspects of their private religious laws conflict with the higher laws of the land. That’s true for Christians, Jews, Muslims, and Justin Bieber-worshippers.

To be specific, the Save Our State
referendum stipulated that courts be forbidden from consulting
international law or Sharia law when deciding cases. There are some
obvious problems with the first part of this; as this article points out,
the fuzzy language about international law fails to recognize the legal
complications of the 39 sovereign tribes residing in Oklahoma, and it
could also create massive legal headaches for Oklahoma companies that do
business abroad. Another unintended consequence is that the amendment’s
refusal to take international laws into consideration in Oklahoma
courts could make overseas adoptions far more complicated.

But it’s the second part of the amendment that is most chilling. Americans should be
very wary of attempts to strip away any group’s religious freedom, and
if there’s one aspect of the Save Our State referendum that’s clear and
unambiguous, it’s the refusal to acknowledge Sharia law (although that is then ambiguously defined as having something to do with the Koran and the prophet Muhammad, with no recognition that sharia law is interpreted very differently in different places in the Muslim world, or that Islam is a diverse religion).

American history is littered with court cases that test the limits of
the First Amendment’s two clauses about religion: that government will
not establish any particular religion, and that it will not take steps
to prohibit the free exercise of religion. What’s most interesting about
the Oklahoma amendment is that it is entirely superfluous: federal and state
courts already have to give precedence to their own secular laws when
adjudicating cases, so sharia is a non-issue in the United States.

This toothless referendum was not about defending Oklahoma from a perceived legal threat; it was and is about letting Muslims know they are not welcome in American society.