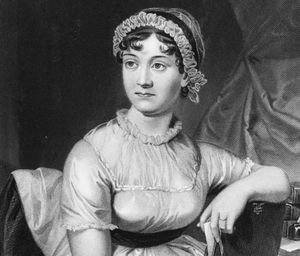 It is a truth universally acknowledged that a fledgling author in possession of raw talent must be in want of an editor.

That’s what we now know about Jane Austen, one of the world’s (and my) favorite novelists. Although her brother famously claimed that her books poured out finished from her pen, a careful scholarly study of her manuscripts reveals that even Queen Jane benefited from the careful expertise of a gifted editor. You can read about the scholarly discovery here at NPR, and you can peruse Austen’s original manuscripts here and compare them to the famously polished printed works.

Obviously, as a professional editor, I’m tickled by this. One of my authors put me on to the story with the compliment that “editors are the geniuses behind good books.” Thanks! I have declared November 2 “Hug Your Editor Day,” because as far as I know, we don’t have a day to call our own.

So I hereby send virtual flowers to the editor at Bloomsbury who recognized J.K. Rowling’s immense talent and accepted Harry Potter and the Philosopher’s Stone when no one else would. And this is me hugging Chaim Potok‘s editor for believing that American readers would be smart enough to see the universal in the particular. Oh, and I remove my hat in the presence of Herman Melville‘s editor, even though I think he could have cut that chapter on the uses of whale blubber.