Such are the revelations in Anne Jackson’s newest book, Permission to Speak Freely: Essays and Art on Fear, Confession, and Grace. It’s a beautifully designed collection that pairs Jackson’s own story of brokenness  with art and notes from readers of her website: postcards, post-its and scribbles confessing the secrets they feel they could never tell other people at church. Flunking Sainthood talks with Jackson about the book and her own journey.

Flunking Sainthood: When I first looked through your book my thought was, “This is postsecret.com for Christians.” So this book gathers the confessions that people have sent to you?

Anne Jackson: Honestly (and since this book is about confession, I think honesty is the best policy, right?) my biggest fear as the concept for Permission to Speak Freely developed was that it would come across as a “Postsecret for Christians.” I had a friend and mentor in the publishing industry suggest the idea to me, without him knowing the idea had already crossed my mind. I told him, “I don’t want to be the Christian knock-off of something!” He asked me what was more important: What people thought about the book, or the message behind it? Obviously, I care about the message of the book – discovering, confessing, and healing our lives’ broken spaces in community – more than I care about it being a “knock off” of another book or concept. I’ve been a Postsecret fan for years, so it definitely inspired some of the reader-generated artwork and submission, but I hope that people will take to heart the story that’s written in the book and allow the art to contribute to its overall message.

FS: What were the top three most common confessions that people sent to you for your website? And what’s the common thread to their experiences?

Jackson: I’m not sure if there were any two confessions that were identical, but the top three themes dealt with addiction, sex, and self-harm. It took months for me to process through the hundreds of confessions before I discovered their common denominator: brokenness. When something is broken in an area of our life, our community, or our world, we want to cover it up. We want to hide. We become afraid and ashamed – and we allow that shame to drive us into a fear-based silence.

FS: This book explores your own story of vulnerability, including a sexual relationship you had with a youth pastor when you were still a teenager. Was it difficult to share that story?

Jackson: It is incredibly difficult for me to go back and read those essays. For years after the abuse happened, I repressed it, and didn’t even recognize it as abuse. I just thought it was a relationship gone badly. Considering it has only been within the last three to five years that I have truly faced the abuse for what it was, my stomach still gets tied in knots thinking about it. Knowing this man is still a pastor terrifies me. However, I know I have forgiven him and have taken the appropriate steps I needed to for justice. I pray that he has found his hope and purpose in life and that his past has become a story of redemption. And that’s all I can do.

Jackson: Even though I was managing a Christian bookstore, my faith in God was practically non-existent. I think subconsciously because of my upbringing, I was still very aware of values and morals and that’s why I experienced the occasional guilt with my habits. After a few years of the addiction controlling my online life, and beginning to affect my life offline as well – meeting men and becoming physically involved with them – whether I believed in God or not, to me at that time, was moot. Anything that had as much control over my life as this addiction did could not be healthy. I took my computer, the root of it all, and dropped it off at the dumpster outside my apartment. Over time, I began opening my heart back up to my faith and to healing. Friends I could trust surrounded me and became my allies in fighting…and those friends still have my back.

FS: After all these painful experiences, how have you managed to hang on to faith in God?

Jackson: My faith is certainly not as stable or constant as I’d like it to be. I’m a highly emotional person and sometimes allow my emotions to affect how I feel about God or how I trust him. In times that are dark and God seems far [away], I look for him in small ways – the innocent laughter of a child on an airplane, the way the rain falls down through tree branches, the aroma of honeysuckle as I ride my bike down the Natchez Trace, and through the love of friends who have carried me through the darkest times of my life. God is not usually a burning bush in my life. He’s usually a very quiet whisper. And he never shows up too early…but he’s also never late, either.

FS: You say in the book that “many times we keep our secrets hidden not only because we fear rejection and being alone, but also because we fear change.” What do you mean by that?

Jackson: Sometimes when we are afraid to confess an area of brokenness or sin in our lives, we know the changes we need to make. Recently, I was talking with a friend who was in a romantic relationship with somebody who had very different beliefs. My friend knew the relationship needed to end, despite the affection and friendship that had developed. It takes courage to make changes like this. It takes courage to say, “I need help” and to be vulnerable and accept advice from people who may be wiser than you are. It takes courage to die to ourselves so we can become fully alive in a love and hope and freedom that only come when we do push our pride away.

FS: One last question. Do you think Protestants might be more vulnerable to secret-keeping because there is so little church tradition of confession?

Jackson: As a former Protestant – now Anglican – I can definitely see how this practice of confession within a church service has profoundly affected me. Each Sunday I am in church, I hear my community confess around me one prayer, asking for forgiveness for things we have done and for things we have left undone. We follow this with a time of silence for our own private confession and then are reminded that through Christ, we are made new. After this, we take the Eucharist. Each week it’s the same. One would think it would become ritualistic and mundane; however, I find when I miss a service because of travel I find myself missing the liturgy and that element of our service. 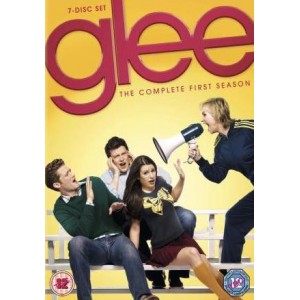 The First Church of "Glee": Why I Am a Convert
archives most recent
More from Beliefnet and our partners
previous posts