It’s Mormon Monday again at Flunking Sainthood, and since I am on vacation — well, sort of; I am finishing a book — I’m pleased to point readers toward something of good report in Mormondom. Ben Spackman, a very astute student of the Bible and the ancient world, has started a cool weekly podcast specifically for Gospel Doctrine teachers, though I think that anyone who is interested in learning more about the Bible would benefit from his expertise. In this interview, he discusses the podcast, some of the challenges inherent in the Gospel Doctrine manual, and other great resources available for teachers. 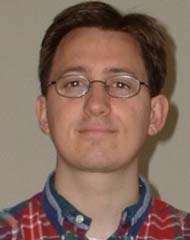 When and why did you start the Gospel Doctrine podcast on Patheos.com?

We started about 3 months ago, after kicking around ideas for a while. Most people need something in order to make sense of the chapters they’re reading in the scriptures, especially for the King James Version translation of the Old Testament. The Old Testament authors wrote for their contemporaries within their own culture, and thus rarely bother to explain anything, since they expected an audience already familiar with it! That means there is a lot going on that needs to be unpacked and made explicit, whether historical, cultural, geographical, let alone things that are lost in translation. Plus, I love teaching, and this is an extension of the classroom, in a way.

Why did you decide to offer these resources as a podcast rather than a blog?

We decided on a podcast because no one else was doing one, and because it can be accessed away from the computer, while traveling or cooking, for example. A podcast can also reach people who don’t usually read blogs. We’re looking at offering subscriptions via iTunes or distribution through some other means.

I know you worked on a Ph.D. in Near Eastern Languages and Civilizations at the University of Chicago, which has one of the finest biblical studies programs in the world. How do you draw upon those credentials while still “keeping it real” for the ordinary Gospel Doctrine teacher in the trenches?

It’s not easy. Some say studying the scriptures from an academic perspective is like leaving The Garden of Eden — you can never go back, never unlearn what you’ve learned. My experience as a volunteer Institute teacher, almost nine years now, has refined my approach a lot, by helping me understand what’s useful to the average person and also what puts them to sleep. It’s also given me lots of experience “translating” into terminology or conceptual frameworks that LDS instinctively grasp.

I find two tools to be the most useful: language skills (which can be obviated by using a few different Bible translations) and historical/culture knowledge to bridge the gap created either by the original writers (who wrote primarily for their contemporaries) or by nature of having to cover so much material so fast. Sometimes when jumping from lesson to lesson, we get a completely new set of characters or circumstances, without any idea of how they are related to the previous lesson or how they came about.

What do you find most challenging or difficult about teaching from the Gospel Doctrine manual? If you were on the curriculum committee, what would you change?

I think the biggest challenge (and there are several) about teaching from the manual is just that — that we HAVE a manual, and some kind of moral imperative to teach from it, instead of capable teachers working purely from the scriptures. I recognize the idealism represented by that view. Perhaps I’ll have to explain and expand on it in a post. I assume the manual isn’t going away anytime soon, so I would change it with three simple additions:

First, many LDS don’t know where to find good scriptural resources or have any way of evaluating the worth or reliability of a given source, so I’d provide a general bibliography of non-LDS resources at the beginning of the manual and perhaps a short one with each chapter. 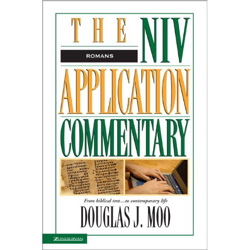 Second, as a necessary accompaniment, I would add a statement that such a list doesn’t indicate Church approval or endorsement, that they represents a variety of viewpoints, but can be useful supplements worth reading. For example, the NIV Application Commentary comes from a conservative Evangelical perspective and has a devotional/personal application orientation but still provides lots of good historical/cultural background. The problem with this approach is that it wouldn’t translate, as most of these resources remain unavailable in Spanish, let alone Mandarin or Malagasy. To counter that lack, Institute manuals, which are available in other languages, would have to be expanded and rewritten to perform the same job on a smaller scale. There are few cases in the scriptures where the Church has an official or revealed position. (See the instructions to BYU Religious Education instructors.) For the rest, I’d want a more open approach, one that explicitly provides alternative views and differing interpretations.

Third, I’d include a statement echoing Elder Carmack (and others) that the KJV is our official, public English Bible, but certainly other translations are useful to study and read and there’s nothing wrong with that, and here are a few suggested versions. I think those three things could do wonders for the active participant in Gospel Doctrine class.

What kinds of feedback have you gotten from listeners and from the Church?

Very little, but all positive. In my own ward, I asked if it could get into the weekly ward email with announcements and such. One member of the Bishopric objected generally on the grounds that it wasn’t correlated church material (true enough), but after listening to one, he said, “get it in!”

What other sites and resources do you recommend to help Gospel Doctrine teachers?

Several sites have good relevant posts from time to time– FaithPromotingRumor (run mostly by LDS grad students in Bible and related fields), ByCommonConsent, TimesandSeasons (Julie Smith and Jim F.), Feast Upon the Word (though a bit too philosophical at times), BoredInVernal at MormonMatters. FAIR does some good posts on potential questions or difficulties that may come up in a given lesson as well. I’m putting together a list of my favorite or most useful posts from here and there about teaching in general. 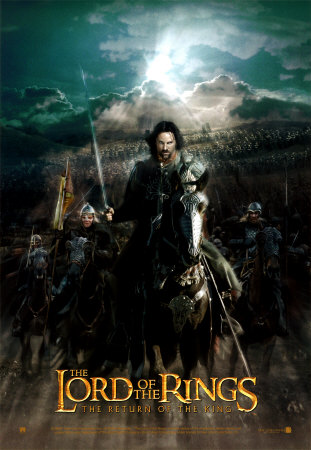 Why Are There So Many Different Endings to the Book of Samuel? This Week in the Twible, 2 Samuel 18-24
archives most recent
More from Beliefnet and our partners
previous posts