Can Anne Rice Stay a Christian Outside the Catholic Church? 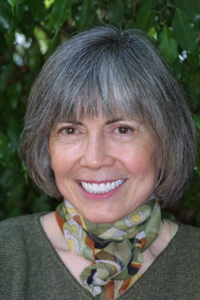 I’ve been a fan of Anne Rice‘s writing for many years: the vampire fiction, the overtly Catholic fiction about the life of Christ, and more recently, her beautiful memoir Called Out of Darkness, in which she chronicles her journey out of the Catholicism of her childhood, her years of agnosticism, and her surprising return to Catholicism as an adult convert.

Now, she has announced she is heading out the sacristy door.

Diana Butler Bass wrote an excellent blog post here on Beliefnet last week laying out the situation and placing Rice’s faith journey in the larger context of trends in American religion. Butler points out that Rice’s trajectory is an emerging counter-trend: for a long time, we’ve assumed that traditional churches are dying because they’re too liberal, not too conservative. Rice’s decision speaks to a new exodus: of liberal Christians out of more conservative churches. If polls of younger Americans are any indication, we’re going to be seeing far more of this, and it raises the question: how essential is Christian community?

If Anne Rice were Protestant, this would be a matter of moving from a conservative denomination to one that is more open to gays, women, and new ideas. She’d join something like the United Church of Christ (which has already put up a Facebook invitation to Rice) and that would be that. Her gay son, who is an integral part of her life, would be welcome everywhere she goes, including those interior faith regions that are clearly important to her. But Rice is Catholic. In fact, if you’ve read her books, you’ll see that Rice is very Catholic, molecularly Catholic, and when that’s the case, there’s really not a Plan B. So even though USA Today has put up a fun blog post where readers can suggest a new church home for Rice, the fact is that she is, and always will be, a Catholic. Period.

In her Facebook status updates about her decision to leave the Catholic Church, Rice actually equated it with quitting Christianity altogether:

And
for someone as formed by pre-Vatican II Catholicism as Rice–remember
that she grew up in a world in which there was officially no salvation
considered outside the Catholic Church–her exodus is indeed that
dramatic. If you’re Catholic but can’t remain in the Church, where do
you go?

And, more importantly for Rice, can you still be a
Christian? Christianity occurs best in community, not in isolation.
Christians need one another for spiritual formation, which includes
changing institutions from the inside out by staying in them and
learning from those with whom we disagree. It’s hard–believe me, as a liberal Mormon, I know
it’s exhausting–but it’s our calling. Without the checks and balances of the church, Christian faith risks becoming a navel-gazing exercise that makes Christ over into our own image.

What would be truly
tragic is for Rice to become one of the anti-heroes she writes about in
her vampire fiction: those always on the outside looking in at the full
range of human life, those cursed by their inability to participate in
full communion with others. Ironically for a novelist who built a career writing about those who drank the blood of others, Anne Rice may be damned by her refusal to
continue drinking the blood of Christ alongside those she deems
imperfect.