Solomon: Wise Ruler or Totalitarian Dictator? This Week in the Twible (1 Kings 1-6) 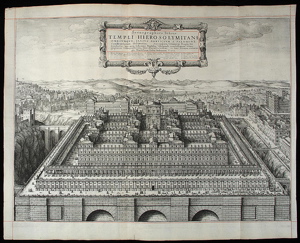 I have a like-hate relationship with Solomon. He’s a Tony Soprano character, ruthless on the one hand while unexpectedly blessed with wisdom on the other.

How does Solomon get to be king, anyway? He’s fourth in line. He’s that guy that nobody thought would be in line for the throne unless every male in the royal family blew up in the same chariot crash or something. Near the end of 2 Samuel we read of the deaths of the A-listers. Here’s the bottom line: if you’re David’s son and your name starts with A, you’re not going to ever see that crown. Amnon, Absalom, Adonijah . . . all are goners.

The great irony of all this is that Solomon is the surviving son of David’s marriage with Bathsheba, the most infamous of all his wives and concubines. David’s sin with Bathsheba (and his assassination of her unfortunate husband Uriah) threatened to destroy the kingdom . . . yet it’s David’s other sons who pay the price, not the one who is the direct fruit of the union with Bathsheba. Interesting. And surprising.

As king, Solomon goes out of his way to stick it to the people.

Those palaces and temples with gold inlay don’t come cheap. They’re paid for by high taxation and by slave labor. Solomon doesn’t just continue his father’s practice of making slaves out of conquered peoples; he makes slaves out of some of his own people, the Israelites, who are forced to work on the temple or join the military.

Solomon also forsakes God. You know it’s a slippery slope when he allows his 300 (!) wives and 700 (!) concubines to build altars to their foreign gods. Pretty soon Solomon is joining in.

It’s hard not to feel sorry for Israel. The prophet Samuel had warned them that kingships usually devolves into exploitation of the people, but they wanted a king so badly they just said, “Great! Where do we sign?” But no one could have predicted that Solomon would make Pharaoh look like a sweet puppy dog.

Mon 8/2
#Twible 1 Kgs 2: Dying Dav advises Sol to follow Torah, but also to murder rivals now while he still can. So spiritual, yet so practical.

Tues 8/3
#Twible 1 Kgs 3: Sol marries Phar’s girl & thinks he should Walk Like an Egyptian. New temple seen on “Lifestyles of the Rich & Infamous.”

New Testament Scholar Marcus Borg Tries His Hand at Fiction: A Review of "Putting Away Childish Things"
archives most recent
More from Beliefnet and our partners
previous posts