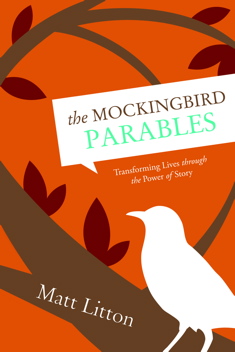 Here at Flunking Sainthood we’re happy to give some time to author Matt Litton, a teacher here in my adopted hometown of Cincinnati. Matt looks at Harper Lee‘s modern classic To Kill a Mockingbird — celebrating its 50th anniversary this year! — and asks what this beloved novel has to say about authentic Christian faith. (Cue Gregory Peck.)

I didn’t read To Kill a Mockingbird until college (how did I get through high school without reading it?!), but since then it’s become one of those books I dip into every few years and gain new insights each time. Thanks to Mockingbird Parables, I’m sure I’ll come to appreciate the original novel even more.

The Parable of Scout Finch: The Role of Women in Faith

Jean Louise Finch sits quietly listening in the bathroom, heartbroken, threatened by the disapproval in her Aunt Alexandra’s voice as she berates Scout’s father, Atticus, about his misguided practices in bringing up his young daughter. A tomboy at heart, Scout rails against rigid ideas about what it means to be ladylike. Alexandra represents just one of the many forces in this young lady’s life that seem intolerant of her uniqueness. Jean Louise, the narrator of the novel, goes by the name Scout.

Somewhere along the journey we have marginalized the truth found in the story of creation: that it is not just men but also women who are created in the image of God. The book of Genesis tells us, “God spoke: ‘Let us make human beings in our image, make them reflecting our nature'” (1:26 msg). All human beings, both male and female, reflect characteristics of the Triune God who created us. Many of us recoil from the idea of God’s feminine qualities, and yet the biblical narrative is full of them. In Isaiah, God says, “As a mother comforts her child, so will I comfort you” (66:13 niv). Even Jesus defies our gender roles, embodying characteristics that we deem feminine through His tenderness and compassion for people. If we truly are all reflections of God, we are gravely mistaken in identifying these divine qualities as gender specific.

Maybe when we discourage women from exhibiting the qualities we deem as wholly masculine, we really aren’t being honest with ourselves about the true nature of God. Our faith is filled with women who defied society’s roles for them. From the oldest recorded poem in Scripture declaring God’s work in the world, to the earliest witnesses of the resurrection of Jesus, the role of women is essential to the biblical narrative.

Women have played such a vital role in the Bible that it is hard to imagine Christianity has encouraged gender oppression . . . but sadly the church has done far more than simply promote these attitudes. Miss Maudie, Scout’s neighbor, explains that the religious folks who pass by her backyard on the way to church believe that women are sin by mere definition. Tongue firmly in cheek, Maudie advises Scout that such folk take the Bible literally. Although many in the church are too sophisticated to voice their beliefs as inelegantly in today’s twenty-first-century culture, there are still thorns of this attitude protruding through the core doctrines of many denominations.

Fortunately for Scout, she has female role models who protect her spirit from being tempered by the expectations of others. It is a necessity, articulated poignantly by Madeleine Albright, who is supposed to have said that there is a special place in hell for women who do not help other women. Miss Maudie, Scout’s widowed next-door neighbor whose strength parallels the main protagonist, Atticus Finch, begins to take Scout under her wing early in the novel. When Scout bemoans being left out of Jem and Dill’s newfound companionship, Maudie notices, and invites Scout to keep her company on her front porch each evening. Initially, Maudie reaches out by recognizing Scout’s differences and encouraging them. As their relationship begins, while other women characters call Scout by her formal name, Jean Louise, Maudie is careful to refer to her as Scout. We notice this when Maudie calls the children over for cake. It is not until later in the novel when she has established a strong bond with Scout that she refers to her as Jean Louise. This early confirmation of Scout’s uniqueness is important; I believe it is Maudie’s way of affirming her. As people of faith we should also be working to recognize and encourage the strength, spirit, and God-given qualities of all people, no matter their gender.

Scout also begins to recognize the influence of her housekeeper and surrogate mother, Calpurnia, as she spends more time with her around the house; through careful observation, Scout realizes there is no small amount of skill involved in so-called women’s work. Maudie and Calpurnia refuse to be defined by the gender expectations of others, protect their divine gifts, and provide a sense of shelter for Scout in the face of attacks from others.. 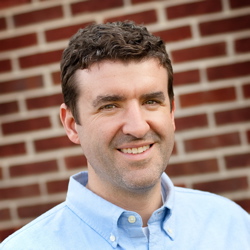 So many Christian books have been penned about defending the warrior spirit of men, but it is also important for women to seek out the support of other women and to pursue God’s definition and vision for their lives. From the women at the missionary tea to poor Mayella Ewell who seems unable to do anything on her own, it is easy for the reader to feel sorry for these women who have succumbed to the pressure of society’s definitions for them. Jesus called for this type of equality in His preaching on many occasions. In Luke 13:16, after He heals a woman on the Sabbath, He refers to her as “daughter of Abraham.” “Sons of Abraham” was a common phrase at the time made in reference to Hebrew men. Jesus is apparently the first to utter this phrase in a society where women were basically seen as slaves. With his use of the phrase “daughter of Abraham,” He is declaring equity in a new kingdom of God. Scout respects Maudie and Calpurnia as strong independent women–women set on protecting Scout’s courageous spirit.

An excerpt from The Mockingbird Parables by Matt Litton (pictured at right), ISBN 978-1-4143-4834-6. Used with permission by Tyndale House Publishers.

Bonhoeffer for Today: A Q&A with Biographer Eric Metaxas
archives most recent
More from Beliefnet and our partners
previous posts