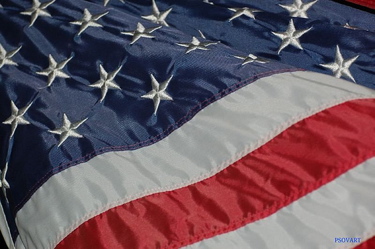 On Tuesday we interrupted this blog’s usual silliness to bring you an actual history quiz, based on a terrific book I’m editing: Was America Founded as a Christian Nation? by John Fea. The book will be out in February.

If you’re interested in a really good short defense of secularism in our nation’s founding documents, check out this post from Newsweek yesterday. I plan to use this Ingersoll quote in my Relief Society lesson tomorrow on religion in early America. I think it’s beautiful:

“Our fathers founded the first secular government that was ever founded
in this world. Recollect that. The first secular government; the first
government that said every church has exactly the same rights and no
more; every religion has the same rights and no more. In other words,
our fathers were the first men who had the sense, had the genius, to
know that no church should be allowed to have a sword…”

Interesting perspective. Oh, and about the quiz: A couple of people complained to
me that the quiz was too hard. Yeah, I hear that. But I said you could
Google the answers, people! May ye be publickly flogged for sloth! Nah,
okay. I’m over it. Let’s move on. Here are the answers:

1. The first Europeans to come to America were:
a) Puritans
b) Catholics
c) Muslims

B. Catholics were first by more than a century. Remember that Christopher Columbus and many of the explorers after him were serving the heavily Catholic Spanish court. Throughout the 16th century, Spanish Catholics vied with the French and Portuguese for a foothold in the new nation. The English joined the party relatively late, in the early 17th century, in part because they didn’t want the Catholics to have all the fun. (And here’s a bit of trivia: Muslims were here earlier than Puritans, Quakers, or any other Protestants. Some Spanish Catholic explorers brought slaves from North Africa who were Muslim.)

2. Which of the following seventeenth-century English colonies was intended to found a new nation on Christian principles?
a) Jamestown, Virginia (1607)
b) Massachusetts Bay (1630)
c) Neither A nor B

Answer: C. Neither Jamestown nor Massachusetts Bay was created to found a new nation, nation being the key word here. Although the Massachusetts Bay colony was overtly Christian in its charter and character, it never conceived itself as anything more than a colony of England. In fact, many of its members intended to return to the home country as soon as the Church of England had been successfully purified.

3. Where did the largest number of English Puritans and Pilgrims wind up settling?
a) The West Indies
b) Massachusetts
c) Virginia

A. It must have been dang hot for a buttoned-up people who refused to allow women to wear short-sleeved dresses, but the largest number of English Puritans actually settled in the Caribbean, not in New England as we like to remember it. Although these island Puritans had the numerical advantage over their shivering Massachusetts cousins, they encountered fierce resistance from the Spanish, and some of their more radical experiments (such as no private property) did not fare well. The Spanish overran them in the 1640s. (In case you’re feeling silly that you never learned this history, well, I didn’t know it until 2 weeks ago, and I have a doctorate in this stuff.)

4. After being ousted from Puritan Massachusetts, Roger Williams founded this colony as a refuge for religious dissenters:
a) Rhode Island
b) Delaware
c) Maine

A. Rhode Island may be small, but if you’re a heretic, they’ll gladly make room for you. Welcome! Try the lobster.

C. Mike Huckabee made a fool of himself a couple of years ago by claiming that “most” of the signers of the Declaration of Independence were ordained clergymen at the time of the signing. Huckabee is only right if one (John Witherspoon) out of 56 equals “most.” Where we come from, that math comes out to less than 2%.

6. What did George Washington stop doing after the Revolution?
a) praying to God
b) taking communion
c) chopping down cherry trees

B. According to his family, George Washington stopped taking communion after the Revolution. One vicar was so incensed by Washington’s habit of slipping out before communion that he preached a sermon that criticized “the unhappy tendency of example, particularly of those in elevated stations who uniformly turned their backs upon the celebration of the Lord’s Supper.” Washington heard the rebuke but didn’t change his ways; he simply started attending another parish. Don’t judge him too harshly though: only about 15% of Anglicans in the eighteenth century regularly took communion. Among the minority was Martha Washington, George’s devout wife.

7. Before the Revolution, America’s only majority-Catholic colony was:
a) South Carolina
b) Vermont
c) Maryland

C. It’s not called Mary-land for nothin’ (although to be technical, the Mary it’s named after is not the Virgin but the wife of Charles I). Maryland was a majority-Catholic colony. One thing worth noting is that although the Puritans refused Catholics any rights in their own New England colonies, Maryland extended religious rights to everybody, even non-Catholics. But when Puritans took advantage of that access and temporarily seized control of Maryland, they burned Catholic churches and persecuted Catholics for their beliefs. Nice folks, the Puritans. Eventually Maryland became Catholic again.

8. Who wrote the 1786 Virginia Statute for Religious Freedom, which profoundly influenced the religion clauses of the Constitution?
a) Thomas Jefferson
b) James Madison
c) Abigail Adams

A. Thomas Jefferson was a busy boy. He was very proud of the statute, which provided a hugely important model when the Constitution was drafted and amended over the next few years.

9. Which of the following documents does not even mention God?
a) the Declaration of Independence
b) the Articles of Confederation
c) the United States Constitution

C. When people talk about a “godless Constitution,” you can take that literally. Except for a passing reference to the “year of our Lord,” God is not even a minor character in our government’s founding document.

10. Which Founding Father was supposed to have prayed to God at Valley Forge?
a) George Washington
b) Benedict Arnold
c) Patrick Henry

A. The story of George Washington’s prayer at Valley Forge, first recorded decades after the fact in the nineteenth century, has become a very popular legend. Lots of the details don’t add up, though; the man who allegedly witnessed the event didn’t actually live in Valley Forge at the time, and he couldn’t have reported it to his wife, as the story claims, because he didn’t get married until 25 years later. But one should never let the truth get in the way of a good story . . . .

And in closing, here’s a great quote from one of my favorite Founding Fathers, John Adams. Happy Independence Day.

“The longer I live, the more I read, the more patiently I think, and the more anxiously I inquire, the less I seem to know.” -John Adams, 1820 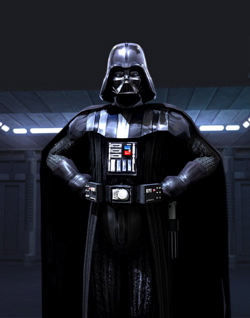 How Long Does It Take to Turn Evil? David, Saul & the Dark Side in This Week's Twible (1 Samuel 22-28)
archives most recent
More from Beliefnet and our partners
previous posts