Why Are Mormon Church Meetings So Dull? 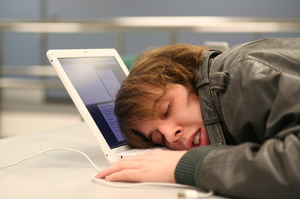 A couple of years ago I read the memoir Sundays in America by Suzanne Strempek Shea, a Massachusetts novelist. The author’s project was to attend a different religious service every weekend and write about her initial impressions.

I felt that it was unfair to judge a faith tradition based on a single snapshot, when so much of religious life happens during the other days of the week. That said, what Shea concluded about Mormonism was spot on: the only thing non-Mormons needed to fear about Mormonism was that Mormons would bore the world’s population to death.

Sometimes it takes an outsider to make us realize the truth about ourselves. This author nailed the fact that our sacrament meetings are beyond dull; they are stultifying. She certainly had no desire to return. And really, who could blame her?

I’ve spent years trying to figure out why today’s sacrament meetings are typically an exercise in routinized tedium when worship was so decidedly different in the early years of the LDS Church. As a historian of religion, I offer five reasons here. As a Mormon who cares about our message being relevant beyond our own walls, I hope we’re not too entrenched in what’s not working to realize that we simply must change. 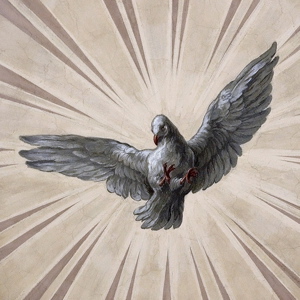 1) We no longer expect any spiritual manifestations. The number one reason why our services bore even our most devout members to tears is that American Mormons don’t expect the Holy Spirit to show up in anything more than a warm, fuzzy, non-threatening way. I say American Mormons because elsewhere around the world, Mormons still have the early saints’ experiences of praying for the manifestations of the Spirit, being slain in the Spirit, speaking in tongues, and other things that scare the knee-length shorts off American Mormons today. For a denomination that invests heavily in the idea of being the direct continuation of the New Testament Church, we have few religious experiences now that would be remotely recognizable to believers in the first century. When we don’t truly expect God to show up, is it any wonder when He doesn’t?

2) We think we’re there primarily to learn about God, not to worship God. It’s no accident that we call our Sunday gatherings “sacrament meetings” rather than worship services. We do lots of good things in those meetings, like taking communion every week (one of the few things we consistently do right). But if you take a straw poll of Mormons and ask them why they’re there, “worship God” is not going to show up in your top five. At best, we relegate worship to the temple (which only helps about one in five Mormons), and at worst, we don’t think about worship at all. Yet the scriptures name worship as our primary reason for gathering each week. Unfortunately, we no longer know how to do it unless an insider-outsider like Gladys Knight shows the way by presenting a wonderful fireside or special event that takes us out of ourselves to worship the one who made us. 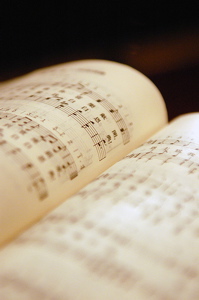 3) Our music is confining and often funereal. For a supposedly joyful people, Mormons are missing a crucial element of joy that should accompany our worship services. We sing three hymns per service, sometimes four, and they are often lovely. Beyond that we do not venture. We neglect the vast richness of the world’s musical heritage, especially the gorgeous offerings of sacred music through the ages. Whether this failure is a byproduct of Mormon theological chauvinism or simple ignorance I do not know. I feel a terrible sadness about the disconnect that exists in Mormonism between the exalted beauty of the Mormon Tabernacle Choir, which touches thousands of hearts with its renditions of music both sacred and secular, and the anemic, impoverished approach to music that typically exists at the ward level, where whole classes of instruments, styles, and composers are simply barred from the door.

4) Our talks are often substandard. I know I’ve been harping on this point for ages (see this satirical piece in Sunstone from a few years back), but the situation never seems to improve. Considering that all Mormons are expected to speak regularly in church–in my ward, about once a year–it’s perfectly ridiculous that we offer no training in how to do it. (Well, no training on how to do it better; every time we sit in sacrament meeting and hear someone doing it badly, we’re being taught that irrelevant mediocrity is the expected norm.) I think it’s terrific that we expect all members to give talks, and of course it’s only natural that there would be a wide variance in quality. But some training in content and delivery would help everyone improve, and would also raise the confidence of those Latter-day Saints who would rather have a root canal than give a talk in public.

5) Nobody seems prepared to envision this differently. This, along with point #1, is our most pressing problem: where there is no vision, the people perish. Our leaders have not made weekly worship a priority. I’ve been a church member for 17 years now, and in that time the only changes I’ve seen in sacrament meeting are that we’ve stopped singing the practice hymn and we no longer have official missionary farewells. Sorry, but that’s not enough. We need men and women who are theologically trained, who understand what a worship service is intended to accomplish, and who can comb the scriptures and our own history for examples of how to make Sundays more fulfilling. Only when that leadership is in place can we make the necessary changes in the details, like improving member talks and allowing for music that enhances worship. 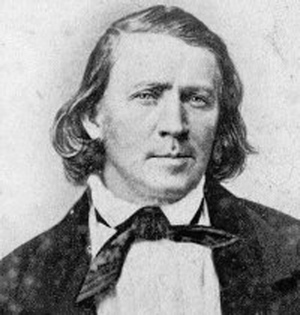 I suspect that some traditional Mormons are going to look at this post and find it arrogant. Who am I to criticize the way that Mormons worship? “If it was good enough for my ancestors, it should be good enough for you,” they may say. There are two problems with this argument. The first, of course, is that our kind of rote, uninspired, and careless worship would not have been good enough for their ancestors. This was precisely the kind of dead religion that many early Mormons fled. They wanted worship that brought them closer to God, that made them experience the startling possibility that God had broken into time–our time!–to speak to a prophet and begin all things new. Mormonism’s radical message spawned a people who joyfully danced before the ark of the Lord. Today, those same people would be checking their watches and sneaking Cheerios to pass the time.

The second problem is that our worship is simply not good enough for the people we’re trying to persuade. Mormonism teaches that the restored gospel is a unique, special message that changes lives. I believe that too. But I’m tired of seeing prospective converts who first catch the fire of our theology have that fire snuffed out with our vain repetition and lifeless talks. They know they’re being cheated. They know our teachings show a more abundant way. Why aren’t we living what we believe?

LDS leaders often wonder why retention is low among new converts, and identify valid reasons for attrition: converts don’t have enough of a social network in the ward, or they find it tricky to live the standards of the gospel, or they have logistical difficulties getting to church. All of these are true in my experience, but the elephant in the room is that what passes for worship in the Mormon Church is not feeding these new converts, not at all. And that’s a tragedy, because great worship is exactly the transformative missing ingredient that could help them find their place, give them the strength to rise to new behavioral standards, and want to attend church more often.

We need to stop giving them–and ourselves–stone for bread.