It’s hard to say how tall she is but when she enters a room she radiates presence like a grand tower, determined and kind, ever ready with a smile. At a commanding 6’0” it’s looking up time to receive a smile imbued by a confidence at having seen it all and an elegance born of the limelight of timeless beauty and grace. On the occassion of her well deserved receiving of the Academy of Motion Picture Arts and Science’s Jean Hersholt Humanitarian Award.

A ‘GD’ badass doesn’t join you in your feelings a god damn bad ass says ‘I don’t know let’s look at the numbers,’ evaluates and holds space for other things than feelings assumptions and defensiveness, things based on reporting, informed with the wider viewpoint free of the bias.

Has it changed everything,  or not?

It all happened in an evening of time and no time at all when the wonderful LA PRESS CLUB presented an end of summer screening of This Changes Everything with a conversation to support the release of the documentary or as I like to call it, an evening of irony and empowerment, elegance and grit, disbelief, determination and persistence, longevity and loyalty to purpose. Geena Davis was joined by directors Catherine Hardwicke, Kimberly Peirce and the film’s director Tom Donahue gathered post screening with an added pain pulse when it was noted several members of the USA Gymnastics Team drove in from Orange County and were seated just behind me, adding another layer to the night as these women not only stood together in survivorship representing a sport that starts when girls are so young as to only know how to follow the rules and in doing so 368 young athletes were sexually assaulted “by gym owners, coaches, and staff working for gymnastics programs across the country.” Whatever intent of the film, whatever representation, it is all UP for consideration how we allow system abuse to continue either through apathy or disbelief or following rules designed to protect abuses we now know transformative justice as balanced inter-action is life or death for our society.

The curated gathering seemed perched to showcase the persistent work required beyond speaking up, beyond organizating and laid out what has been done to daye, the effects of action and inactions and revealed how little has changed, and yet how much ground work has been laid out to facilitate a next level full on renaissance of femme structural transformation, as to at once allow for the disgust and the dance of possibility to be unleashed and with each action taking place across the planet more hope seeds are planted for those who will follow into the intersectionality of the media business. This was a night of two top female directors discussing the challenges they faced in their careers, an actress who decided to do something about what she saw, and a man grappling to get his arms around all of it and share a work he put time, energy and influence into bringing to life. Women are showing up, we are listening, we are addressing issues and making plans and deciding where we can take action within the system and equally taking stock on how we can disrupt, and begin again with new vistas and as more and more of us join together to say ‘Not today, not tomorrow and not ever again, MFers.’ We bend the arc toward justice and new economies and new pathways for storytelling.
Geena Davis endeared herself to me many years ago in her sparkling turn in Tootsie directed by Sydney Pollack. It was one of the first movies I remember looking forward to seeing, written by Larry Gelbart whose tv show M.A.S.H was part babysitter, part inspiration growing up. Her quirky and endearing turn in The Accidental Tourist brought her an Academy Award for Best Supporting Actress and cemented her ability to deliver leading to a much beloved box office action star bending success in the action film Long Kiss Goodnight.
As with every actor and director and producer there are in between phases, times when you are living life outside of ‘the work’ environment. It is in these in between phases Geena Davis allowed for possibility to flourish, using her experiences and her insight and access as she made a way for a shift, creating a dialogue of impact and a way ahead based on stats, laying in a framework of tools for others to follow.
And this, my dear friends, is why I say without hesitation or further delay, with the utmost respect for a career of action and activivsm, of love and light, of talent and persistence and for all of it. Geena Davis is a GD Bad Ass.
Hear me good sisters and brothers and folks that care about inclusion and the whole GD picture, that demands equal pay, and wants their picture on the wall in the clubhouse and who want to not only break the glass ceiling, but to rebuild it with regenerative solar panels with power enough to run all that jazz and many bags of chips, awake and awarene of the fullness of freedom from the fragile bullshit known as our MF feelings. 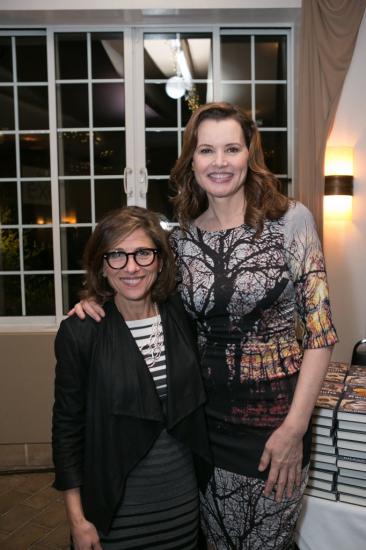 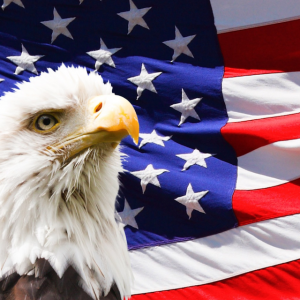 Love. The Declaration of Independence. In Pursuit of Happiness.
archives most recent
More from Beliefnet and our partners
previous posts

Remain Awake As We Return to Love

People are feeling the pinch of their aloneness, the disconnection from family, friends community, going out to eat, experiencing calling with panic attacks, depressed vibes and worry.  Knowing we are in a transformative state actively helping our neighbors by staying home isn’t always a salve for what ails our nerves. Keeping the light of love […]

A magnificent celestial event is coming May 16, 2020. The ‘smiley’ moon will be with us in full force. First read these words in the ‘notes’ from the original Broadway production of Sondheim’s A Little Night Music an elegant musical in 3/4 time “the moon smiles three times, first for the young, who know nothing; […]

A thing or two on Covid 19. I’d rather not have any folks die. Period. Full stop. End of story. So, here I sit, loving everyone, loving everyone, for reel, taking breaths and holding folks who are at risk in my heart and  loving my neighbors and extending my heart, expanding the opportunity for art […]