The End of Authority

With this blog, I thee wed.
I’m using this occasion to join my colleagues at Beliefnet in a new joint-blogging venture called Casting Stones. As anyone who’s checked out the effort knows, it can be very fast-moving, occasionally heated, but quickly apologetic. And for most the last few days it’s been focused on the cover story in last Sunday’s NYT Mag about the crack up up the religious right. The general idea is that a growing number of evangelical Christians has grown tired of the incessant focus on abortion, gay rights, and a few other social issues, and may even be tiring of wading into politics itself. Mix religion and politics and you get politics, goes one oft-quoted line. This frustration, coupled with despair over the war in Iraq and dissatisfaction over the GOP field, has led to declaratons of the END OF THE RELIGIOUS RIGHT. Ta-dum!

Casting Stones is filled with people who are much more knowledgeable about the inner-workings of American Chrsitianity than I am, so allow me to pose this as a question rather than an insertion. But I find myself wondering whether this entire question is being framed upside down. Rather than: Is the leadership of the Christian Right losing its grip on the polticial views of its evaneglical flock? How about: Did the leadership of the Christian Right ever have that much control over the political views of its evangelical flock?
Let me explain. First, I’ve spent most of the last two years re-reading the history of religion in America, and traveling around the country talking to experts, working on a new book. One thing comes through loud and clear: Even the greatest waves of religious revivalism in American history lasted very short periods of time. I’m thinking of the Great Awakening in the 1730’s, which last less than a decade before being overshadowed by the political mashup with Britain. I’m thinking of the Second Great Awakening in the 1830’s and 40’s, which may have lasted slightly longer than a decade, but was then overshadowed by the political mashup of the Civil War. And I’m thinking especially of the first rise of Fundamentalism in the 1920’s, whose peak of influence also lasted less than a decade before being cut off by the Great Depression. So for starters, the idea that this movement would be different and could extend its influence for much longer than it has is deeply questionable, I’d say. Movements tire. Leaders covet and abuse power. People move on.
Second, and more important: Nearly every single major trend in American life, politics, medicine, media, dating, parenting, etc., etc., etc. is toward less concentrated power and more devolved power. With the Internet and countless other technological advances, people simply have access to more information and a greater ability to make up their own minds. One theme of my most recent book, WHERE GOD WAS BORN, which describes my travels retracing the Kings and Prophets through Israel, Iraq (in the middle of the war), and Iran, is that religion is the last major human endeavor which is finally catching up to this societal trend. We live in a time where Americans no longer trust our politicians, our journalists, our parents, our doctors. Why should our preachers be immune from this development. Answer: They’re not. We live in a time where people make up their own minds. Where people are becoming their own theologians.
And this certainly applies to politics. Where people no longer need their pastor — or anyone else for that matter — to tell them whom to vote for.

So my question to my colleagues here — and to anyone else out there — is: Why should evangelicals be any different from the rest of America. From my experience, they’re not. I remember when WALKING THE BIBLE was first being published, my publisher reached out to Christian bookstores. The answer came back that because the book describes the travels of an American Jew who climbs Mount Sinai, crosses the Red Sea, visits the “burning bush,” and other places, and seeks out archaeologists and others to discuss the historical and literary content of the stories, the book was not appropriate for believing Christians. These buyers particularly pointed to passages where I question whether 600,000 men could have participated in the Exodus and no one every wrote it down as being blasphemous to evangelical Christians.
Well, guess what happened. Evangelicals found the book anyway, and I have corresponded through the years with hundreds in Bible study courses or private book groups who have enjoyed the book and their discussions with others about the questions it raises and the emotional transformation it describes. They may not have believed everything I wrote, but who cares. The point is: The people were ahead of the gate-keepers.

And as for the crux of the Kirkpatrick argument and most of the conversation in this roundtable: Evangelical leaders had power because their flock voted for George W. Bush in large numbers and now they’re perceived to be losing power because they can’t find someone to support as a bloc. Because they’re not a bloc! Is it so hard to imagine that they voted for George W. Bush because he was the candidate whose life most reflected their lives, and who most tailored his message to suit them, not because they were told to or they read some Christian Coalition handout given to them at church. In other words: Maybe they made up their minds for themselves, rather than blindly followed some leaders who claimed to lead them.
And maybe they’re doing so again this year. Which would make them not as alien as they’re often portrayed. It would make them just like everybody else.
read next post 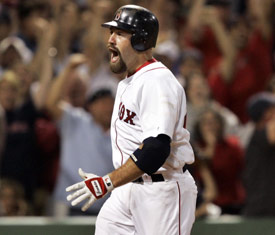