I love the doing Greek word studies.
Sometimes I think I even αγάπη it. Or perhaps it’s more of an Ἔρως…It’s sexy, I dig it. I like big bibles and I cannot lie. And I love that I get to be involved with academics in nerdy enough bible studies that actually use it. I wonder sometimes though, if maybe we don’t give enough credit to the English. 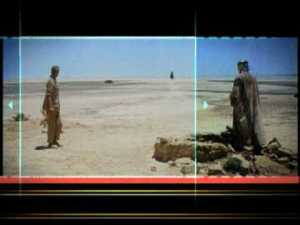 People who translate bibles are really smart. and they know Greek way way better than me, or anyone in my immediate circle of friends. here are weaknesses of course. Translators bend to political pressure, they grapple with changing English meanings of words, they find Greek words which can’t be perfectly translated into English and are forced to do the best they can to preserve as much meaning as they can… Essentially. The English is a Pan and Scan version of a wide-screen Greek text.
They translate the text defensively. And in doing so they necessarily re-frame the text in a way that is not directly divinely inspired or inerrant.
However, As important as that point is, I think we must not allow it to overshadow the fact that they are very very good at it.
Would i like it if everybody could learn biblical Greek? Totally!
But honestly we could still benefit quite a bit from learning Modern English.
I’ll give you an example:
In John 17:4 the NASB reads:

I glorified You on the earth, having accomplished the work which You have given Me to do.

I brought glory to you here on earth by completing the work you gave me to do.

and the KJV doth declarith:

I have glorified thee on the earth: I have finished the work which thou gavest me to do.

The only problem is that Jesus hadn’t died on the cross for us yet. So what action did he complete? It must be some instance of a present/future prophetic perfect tense right? We should check the Greek and explain away this problem for ourselves.
We went to the Greek and found the declension to be “Aorist nominative”. Implying a past completed action.
In other words, we found it says in Greek the same thing it says in English. And incidentally. this is virtually ALWAYS the case.
the Greek language has more tenses than ours, but we have ways to cover for that, with words like “had” that help us distinguish “he smelled” from “he had smelled” and little clues to help us distinguish “Lord” from “LORD” (the latter denotes the tetragrammaton) so if we just learn how to read and understand texts, any texts, combined with some simple study tools and maybe a little bit of info about how translation is done we can get a huge percentage of the way there.
Failing that, maybe we can at least learn to stop saying “Well maybe that means something different in Greek”… It doesn’t. 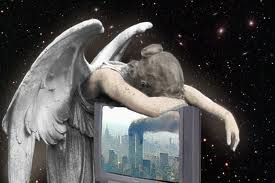 You ' re Not Jesus!
archives most recent
More from Beliefnet and our partners
previous posts