discovery+ will premiere Resurrection, a feature-length movie from The Bible producers Roma Downey and Mark Burnett, on March 27, 2021. Following the record breaking-ratings success of their Emmy nominated mini-series The Bible and the hit feature film spin-off Son of God, the husband and wife team are now telling the story of the immediate aftermath of Jesus’ crucifixion when His followers are hunted, leaderless and desperately searching for understanding. Resurrection is a production MGM and its faith-driven LightWorkers Media division which is run by the couple.

While the pandemic rendered filmmaking impossible for many, Downey and Burnett turned to their vast library of biblical material (including from A.D. The Bible Continues, The Bible sequel series they produced for NBC) to pull together their new feature length epic which will drop (or, better yet,  rise) in time for Easter which this year falls on April 4th.

When The Bible miniseries premiered on History in 2013 it had a huge impact in paving the way for a wave of faith-themed films and television shows that followed. It more than 100 million viewers over its 10-week run and garnered three Primetime Emmy Award nominations. The series led to a feature film adaptation in 2014, with Son of God having one of the highest faith-themed movie openings of all time. The sequel series A.D. The Bible Continues premiered on NBC the following year.

LightWorkers is also producing the upcoming feature film “On a Wing and a Prayer” for MGM.

UPtv has announced that a new season of Bringing Up Bates will premiere Thursday, April 8 at 9:00 PM (ET). Now entering its 10th season, the hit family reality series centers around Gil and Kelly Jo Bates and their 19 kids. This season will feature the family getting on with life in the midst of the global pandemic.

Of the new season, UPtv V.P. for Content Strategy and Programming Hector Campos, says “Bringing Up Bates is a beloved series on our air and continues to perform strongly…With a family as big as the Bates, the relatable, big life moments are never-ending. We’re thrilled to bring our viewers another season to follow along with one of their favorite families as the Bates enter into new relationships, announce new pregnancies and grow businesses, all while also navigating life during a pandemic.”

Bringing Up Bates had its best season ever in 2020 with ratings up 24% among women between 25 and 54 and 18% in households. In celebration of the new season UPtv will be air a Bringing Up Bates catch-up special on Thursday, March 25 at 9:00 PM (ET).

Edward James Olmos (Battlestar Galactica), Kathleen Quinlan (Apollo 13) and sitcom star George Lopez will headline the uplifting new film Walking with Herb. The three-night limited-engagement Fathom Events feature will run from April 30 to May 1. Olmos, who also served as an executive producer, calls the movie “one of the best experiences I’ve ever had working on a film.” He credits “an amazing script and an excellent cast (that) combine for a heart-warming, funny story about golf, belief and second chances.”
The movie, directed by Ross Kagan Marks, is the final screen credit for the respected award-winning writer Mark Medoff (Children of a Lesser God) who died from cancer in 2019 at the age of 79. His screenplay is based on the book of the same name by first-time novelist Joe S. Bullock.
Fathom Events CEO Ray Nutt says “Walking with Herb is the right movie at the right time…As we emerge from a challenging year, we could all use a film that uplifts, entertains and reminds us of what is possible.”
Amen to that. You can read the synopsis below.
Synopsis: Joe Amable-Amo (Olmos) is a bank executive and former amateur golfer struggling with his faith after an unexpected tragedy. Faced with doubts about himself, his purpose and his belief in God, Joe is stunned when God tells him that he’s been chosen to inspire the world and play in a world championship golf tournament. Guided by God’s eccentric personal messenger Herb (Lopez), Joe learns that the seemingly impossible is possible…through faith, family and second chances.

Tickets are available at FathomEvents.com and WalkingWithHerbMovie.com. 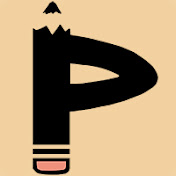 Is Pencilish the next Pixar?+Netflix serving up "Country Comfort"+New website rethinks America's issues
archives most recent
More from Beliefnet and our partners
previous posts

Here’s the latest from the crossroads of faith, media & culture: 04/21/21 UP Faith & Family will be the first U.S. streamer to debut season 14 of the international hit family series Heartland when it drops on Thursday, May 6. New episodes will be added weekly. UP Faith & Family V.P. and Channel Manager Angela Cannon […]

A Guardian Angel runs for Mayor of NYC

Here’s the latest from the crossroads of faith, media & culture: 04/19/21 New York City mayoral candidate and Guardian Angels founder Curtis Sliwa talked with me about his quest to run as a Republican in a heavily Democratic city. Sliwa, who recently took a leave of absence from his job as a successful talk radio […]

Here’s the latest from the crossroads of faith, media & culture: 04/16/21 How did a young a young college dropout from Brunswick, GA go from earning money scrubbing toilets at a Publix to (seemingly) suddenly becoming a breakout hip hop artist? For twenty-two year old Christopher Hulvey (aka Hulvey), the answer comes town to a […]

Here’s the latest from the crossroads of faith, media & culture: 04/14/21 72nd annual Christopher Award winners announced. COVID-19 has again scuttled the in-person event but the virus hasn’t stopped the Catholic organization from proceeding with, as it has done since instituting the awards in 1949, celebrating media artists whose work “affirms the highest values […]