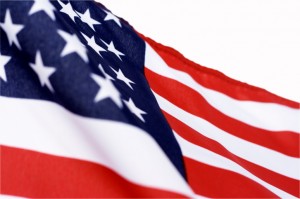 One school in New York has made a decision that is simply outrageous. Planning is underway for a graduation ceremony June 20th for kindergarten students at one Coney Island school in Brooklyn. School officials are putting together the program.

They had planned to play Lee Greenwood’s popular “God Bless the USA” as a conclusion to a musical program. But, no. The principal stepped in and removed it from the program. Why? She simply said it’s not “age appropriate.” The ballad “God Bless the USA” was replaced with Justin Bieber’s hit, “Baby.”

That’s right – “God Bless the USA” is not appropriate for 5-year-olds, according to this principal, but “Baby” is just fine. What’s worse. The principal’s boss, the city schools chancellor, is backing up the disturbing decision. As the chancellor put it, “It’s her judgment to make that decision.”

Ridiculous. The ban has sparked outrage in the school district. Parents and teachers angry with the decision even launched a Facebook page. No shortage of comments, including this one posted online:
“We were the victims of 9/11. It hit New York really hard. That song became famous because of that tragedy. Removing that song is horrific. It’s opening the wound again.”

I want you to know that the ACLJ is mobilizing. We’re preparing a letter to go to the school board – demanding that this ban be reversed – that “God Bless the USA” be included in the graduation program next Wednesday.

Our phone lines were jammed on the radio broadcast today. There’s not only outrage from those who live in that community, we’re hearing from people across the country.

It’s time this Coney Island school gets a lesson about the Constitution.

Jay Sekulow: AG Holder: Another Round of Dodge Ball on Capitol Hill
archives most recent
More from Beliefnet and our partners
previous posts