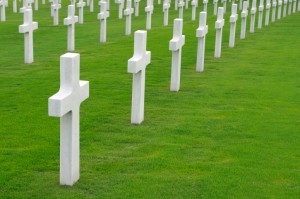 It is an issue that we knew would get to the Supreme Court. But what happened yesterday isn’t exactly what we expected.

As you know, the Mt. Soledad Veterans Memorial in San Diego has stood for nearly 60 years. For decades now, there have been legal challenges to get it removed. In 2006, Congress took the memorial by eminent domain from the city of San Diego because a court threatened to shut it down. At the time, Congress noted:

The Mt. Soledad Veterans Memorial was dedicated on April 18, 1954, as “a lasting memorial to the dead of the First and Second World Wars and the Korean conflict” and now serves as a memorial to American veterans of all wars, including the War on Terrorism.

We wanted the Supreme Court to take this case and overturn the troubling ruling. In fact, we filed an amicus brief on behalf of 34 members of Congress requesting the high court take the case.

In a surprise move yesterday, the Justices denied the request to take the case. That means the appeals court decision stands. However, there is still hope to save this memorial, as Justice Alito explains in the denial order:

“The current petitions come to us in an interlocutory posture. The Court of Appeals remanded the case to the District Court to fashion an appropriate remedy, and, in doing so, the Court of Appeals emphasized that its decision “d[id] not mean that the Memorial could not be modified to pass constitutional muster [or] that no cross can be part of [the Memorial].” . . .

Our denial, of course, does not amount to a ruling on the merits, and the Federal Government is free to raise the same issue in a later petition following entry of a final judgment.”

Justice Alito also noted that just two years ago, in Salazar v. Buono, the Supreme Court upheld the transfer of a cross from public to private hands. He stated, “Congress was ultimately able to devise a solution that was ‘true to the spirit of practical accommodation that has made the United States a Nation of unparalleled pluralism and religious tolerance.’”

Rep. Darrell Issa of California put the issue into proper perspective: “Our founding fathers did not seek to scrub all religious expression from public spaces, but rather sought to create a government and a society that respected the practice of all religions. The Mt. Soledad War Memorial and the landmark Cross honor the veterans in the same vein as crosses that mark the gravesites of soldiers entombed at Arlington National Cemetery and other U.S. veterans cemeteries worldwide.”

We couldn’t agree more. In fact, I want you to know that we remain dedicated to working with Congress and in the courts to keep this commemorative cross in place.

Our veterans deserve nothing less. 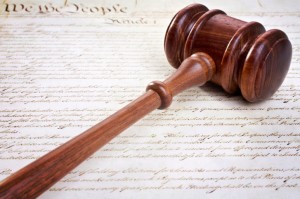