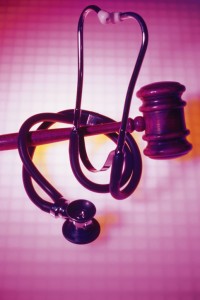 If there was any doubt that President Obama was Campaigner-in-Chief last night with his State of the Union address, consider this. Just two hours before his speech, his campaign launched a re-election email touting the upcoming speech and soliciting campaign contributions.

The speech, itself, rehashed many of the failed programs he has pushed in the past, actually using many of the same words and phrases he did one year ago. And, the Associated Press conducted a “fact check” of the speech. The headline says it all: “Obama pushes plans that flopped before.”

In his bid to convince the nation that he needs four more years in the White House, what the president did not do was focus on what’s been described as the crowning achievement of his first term – ObamaCare. In fact, there was barely a mention of health care at all – a couple of vague references. The speech went on more than an hour, topped out at just under 7,000 words.

This was the sum total of his mention of ObamaCare. Three sentences. 78 words:

“I will not go back to the days when health insurance companies had unchecked power to cancel your policy, deny you coverage or charge women differently from men. . . . I’m a Democrat. But I believe what Republican Abraham Lincoln believed: That Government should do for people only what they cannot do better by themselves, and no more. . . . That’s why our health care law relies on a reformed private market, not a Government program.”

During his State of the Union address in 2010, as the Congressional battle was underway regarding ObamaCare, the president used his speech to push hard for ObamaCare. He launched a significant sales pitch, urging Congress and America to buy into his health care measure.

But, this year, just a passing reference. And, we’re now learning about an 11th hour decision by the president to eliminate a specific reference to what the White House had hoped would be an ObamaCare “success” story, as reported by Politico.com:

” . . . .Obama spent so little time on the law that he didn’t even acknowledge an audience member the White House had brought to the speech — a cancer survivor who could have been an example of someone with a pre-existing condition who was helped by the law.

The Campaigner-in-Chief ignored ObamaCare for one good reason. It is extremely unpopular and will not help his re-election campaign. A majority of Americans have consistently opposed ObamaCare, with only 29% of Americans supporting it. And, efforts are moving forward in Congress to repeal the flawed measure.

And, there’s another reason, too. ObamaCare is pro-abortion, representing the largest expanse of taxpayer-funded abortion since Roe v. Wade. The president knows he has the pro-abortion crowd. Planned Parenthood applauded the president’s address. And, of course, the National Organization for Women (NOW) is pleased with the president’s policies and wants the president to do even more – to clear the way for more abortions. While President Obama is committed to using our tax dollars to expand abortion, a majority of Americans take a pro-life position on abortion.

No, you didn’t hear much from the president on ObamaCare during his address. He won’t use it on the campaign trail. He doesn’t want to call attention to it.

But we are certainly calling attention to this deeply flawed, pro-abortion law – and we will continue to do so.

We’re facing a critical opportunity. With the Supreme Court preparing for oral arguments on the constitutionality of ObamaCare in March, we’re putting the finishing touches on our new brief to be filed at the high court in two weeks.

More than 175,000 Americans have signed on to our amicus brief urging the high court to reject ObamaCare.

There’s still time to add your name. Do it today.

Jay Sekulow: AZ Turns Up Heat on DOJ Over "Fast & Furious"
archives most recent
More from Beliefnet and our partners
previous posts