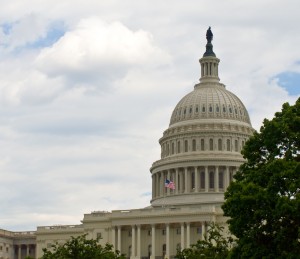 For years, we have been pursuing Planned Parenthood – challenging them in court.

It is encouraging that Congress is now taking a close look at the nation’s largest abortion provider, with an eye toward investigating how Planned Parenthood spends federal taxpayer funds.

In the House, Rep. Cliff Stearns, chairman of the Energy and Commerce Committee’s investigation subcommittee, has requested information from Planned Parenthood including audits and other information about their financing.

Federal law prohibits federal funds to be used to pay for abortions, and Rep. Stearns wants to know how Planned Parenthood handles the funds to ensure that abortions aren’t financed with federal taxpayer funds.

In a letter to Planned Parenthood, Rep. Stearns wrote: “The committee has questions about the policies in place and actions undertaken by PPFA and its affiliates relating to its use of federal funding and its compliance with federal restrictions on the funding of abortion.”

We’re delighted the Congress wants to take a closer look. After all, Planned Parenthood received more than $363 million dollars from July 1, 2008, to June 30, 2009 from federal, state or local grants and contracts. That represented about one-third of the organization’s total revenue of more than $ 1 billion during that period.

This Congressional probe comes as we move forward in our lawsuit challenging Planned Parenthood in a massive fraud case in California. As you may recall, we achieved a major victory in 2010 when a federal appeals court reinstated a lawsuit against Planned Parenthood after a lower court dismissed it.

At the heart of the issue: an alleged scheme to overbill both federal and state governments to the tune of tens of millions of dollars – all at the expense of taxpayers.

We represent a whistleblower, the former Chief Financial Officer of PP’s Los Angeles affiliate, who discovered a statewide scheme of PP affiliates dramatically marking up claims for taxpayer reimbursement. The complaint charges PP with bilking the state and federal governments of some $100 million.

In that case, we have just filed our opposition to Planned Parenthood’s fourth motion to dismiss the case. This week, we filed legal arguments opposing this new motion to dismiss the case describing Planned Parenthood’s arguments as “plainly meritless” and “improper.” In our legal memo filed with the court, we argued: “It is time to advance to discovery and to resolution of this matter.” A hearing on that motion is scheduled for mid-October in federal district court in Los Angeles.

As you can imagine, this type of litigation requires considerable time, effort, and legal expertise, not to mention strategic sophistication. Planned Parenthood has a lot at stake and is not about to roll over. I will keep you updated on this legal battle.

At the same time, we filed a critical friend-of-the-court brief just last month backing an Indiana law that prohibits the distribution of federal funds it receives to organizations like Planned Parenthood that perform abortions. We represent 41 members of Congress and more than 25,000 Americans in this brief which has been filed in a federal appeals court.

We remain dedicated to defending the life of the unborn. And, I want you to know that our unwavering commitment to challenging Planned Parenthood continues.

As always, get the latest on this issue and others on our website at the Jay Sekulow page. 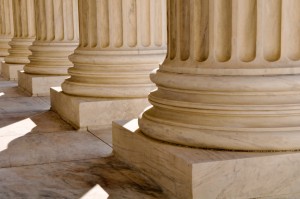 Jay Sekulow: ObamaCare - One Step Closer to Supreme Court
archives most recent
More from Beliefnet and our partners
previous posts