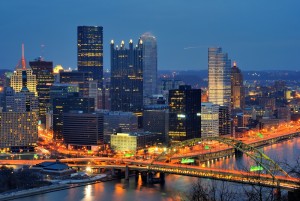 It’s official. The City of Pittsburgh has repealed a troubling ordinance that banned the distribution of pro-life leaflets.

As you may recall, last month I told you that this repeal effort was moving forward and now our legal team has received confirmation that the problematic law is now off the books – once and for all.

We filed a federal lawsuit last fall on behalf of two pro-life advocates who wanted to distribute leaflets in the City prior to last November’s election. A federal court granted our motion for an injunction halting the enforcement of the ordinance, which the City claimed was needed to control littering. In a decision, posted here, a federal judge noted that “Supreme Court decisions [s]uggest that preventing littering is simply not a sufficiently significant interest to preclude leafleting.”

In recent months, we have focused on efforts to permanently resolve this case. The City agreed to pay $35,000 in attorneys’ fees to settle the suit and agreed to repeal the ordinance. City Council approved legislation repealing it and the Mayor now has signed off on the action. A copy of the City’s resolution confirming the repeal is posted here.

This has generated quite a bit of media coverage in the Pittsburgh area. Even one influential newspaper understood that this ordinance was wrong and needed to go. In an editorial entitled – “Speech is speech: Pittsburgh must remove an offensive ban” – the Pittsburgh Post-Gazette concluded:

“The purpose of the 2008 ordinance was to restrict leafleting in the interests of curbing littering. In a city where litter is a problem, especially Downtown, the ordinance made some superficial sense. But what seems a potential source of litter to one person is free speech to another — and that right isn’t superficial, it’s fundamental.” As the Post-Gazette put it: “It doesn’t matter whether the speech takes a position that is pro-life or pro-choice – it’s all protected.”

Yes, it did take a federal lawsuit to get this resolved. Thanks to our supporters at the ACLJ, we’re able to take whatever action is needed to protect the First Amendment rights of Americans – in this case – a couple of pro-life advocates who wanted to exercise their free speech rights at election time. You can receive updates on our pro-life work by visiting the Jay Sekulow page on our website. 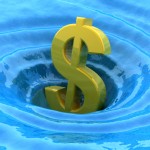 Jay Sekulow on FOX: S&P Probe - Payback for Downgrade?
archives most recent
More from Beliefnet and our partners
previous posts