NYC says No to 9-11 Documentary

I just wrote about a disturbing new lawsuit by an atheist organization that is trying to stop the display of a cross at Ground Zero – part of a museum being built to commemorate the tragic attacks of September 11, 2001. You already know that we will be filing an amicus brief backing the constitutional display of that cross in court. We will be representing former NYC firefighter and first responder Tim Brown and others. 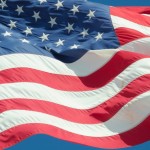 On the heels of that development, comes another 9-11 case, this one also out of New York City. It’s difficult to believe, but officials with the City’s Department of Parks and Recreation repeatedly have turned down requests from an organization to permit the showing of a documentary made about 9-11 survivors.

We represent the Christian Action Network (CAN) in this case, which has been denied permission to utilize a number of City parks, which are available and routinely used by other organizations, to show a documentary entitled: “Sacrificed Survivors: The Untold Story of the Ground Zero Mega-Mosque,” which addresses the controversy surrounding the mosque at Ground Zero from the perspective of individuals who lost loved ones in the terrorist attacks of September 11, 2001.

Communications between the Parks Department and CAN’s representatives reveal that the Department’s concern over the documentary’s content and viewpoint is the issue. We’ve sent a demand letter to the City – putting them on notice that their actions are in violation of the First Amendment rights of our client. The demand letter, posted here, is very clear:

“The law is clear: the City has violated the Christian Action Network’s rights under the First Amendment,” the demand letter states. “The City’s refusal to approve CAN’s applications due to disagreement with the content and viewpoint of the documentary violates CAN’s First Amendment rights. The First Amendment to the United States Constitution prohibits the government from ‘abridging the freedom of speech.'”

The facts of this case are particularly troubling. 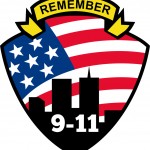 In light of the upcoming 10th anniversary commemorating the horrific attacks at Ground Zero, CAN had requested to show the documentary in seven different locations in the City. On one occasion, a Department representative rejected the requests saying the venues were “booked.” A review of the Department’s own scheduling calendar revealed that was not the case.

Here’s the truth: The City cannot refuse the organization an opportunity to show this documentary based upon its content. That’s viewpoint discrimination and a violation of the First Amendment of the U.S. Constitution.

In our demand letter, we’re urging the City to take immediate corrective action and permit the film to be shown, or face possible litigation.

I will keep you posted on how this develops. 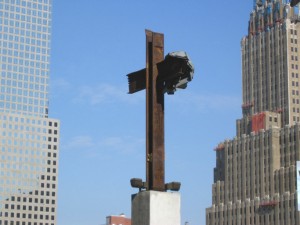