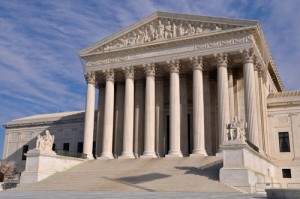 I’m delighted to report that the Supreme Court of the United States declined to take a case out of New Hampshire, leaving intact a decision by a federal appeals court that upholds the constitutionality of a New Hampshire law requiring schools to set aside time daily for students to voluntarily recite the Pledge of Allegiance.

This means the victory at the federal appeals court level now stands.

In its decision issued in November 2010, a three-judge panel of the U.S. Court  of Appeals for the First Circuit reached this conclusion:  “We hold that the New Hampshire School Patriot Act and the voluntary, teacher-led recitation of the Pledge by the state’s public school students do not violate the Constitution. We affirm the order and judgment of the district court dismissing FFRF’s complaint.”

At issue was a New Hampshire statute, the New Hampshire School Patriot Act, that permitted students to voluntarily recite the Pledge – including the phrase “one nation, under God” – in school.  A federal district court upheld the constitutionality of the state law and the FFRF appealed to the First Circuit.

In its decision, the appeals court also determined: “It takes more than the presence of words with religious content to have the effect of advancing religion, let alone to do so as a primary effect.”   Further, the court asserted:  “The New Hampshire School Patriot Act’s primary effect is not the advancement of religion, but the advancement of patriotism through a pledge to the flag as a symbol of the nation.”

The appeals court also rejected claims that the recitation of the Pledge is an endorsement of religions:   “The Pledge’s affirmation that ours is a ‘nation, under God’ is not a mere reference to the fact that many Americans believe in a deity, nor to the undeniable historical significance of religion in the founding of our nation. As the Supreme Court recognized in West Virginia State Board of Education v. Barnette, 319 U.S. 624 (1943), to recite the Pledge is to ‘declare a belief’ and ‘affirm[] . . . an attitude of mind.’ Id. at 631, 633. In reciting the Pledge, a student affirms a belief in its description of the nation.”

The complete opinion is posted here.

We were deeply involved in this case.  We filed an amicus brief with the appeals court urging the 1st Circuit to uphold the constitutionality of the law.

We filed our amicus brief on behalf of 42 members of the 111th Congress – including two U.S. Senators and 40 members of the U.S. House of Representatives.  We also represented more than 80,000 Americans who signed on to the ACLJ’s Committee to Protect “Under God” – including many parents of school-age children who attend public schools and desire to recite the Pledge of Allegiance in its entirety.

You can read the ACLJ amicus brief here.

This decision by the appeals court underscores what most Americans understand – that the recitation of the Pledge of Allegiance embraces patriotism, not religion.

The decision not only upholds the constitutionality of the Pledge, it rejects another fruitless attempt by the Freedom From Religion Foundation (FFRF) to twist and distort the Constitution with its flawed reasoning.

These challenges will no doubt continue – fueled by organizations like FFRF and others.  And, rest assured, we will continue to meet these challenges in court – filing amicus briefs and standing up for our nation’s history and heritage. 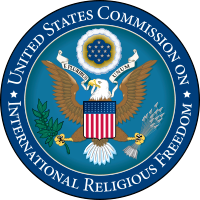