Kudos to Indiana: No More $$ for Planned Parenthood 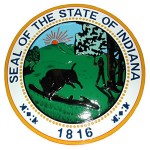 It’s a pro-life law that is getting a lot of attention – and a law under attack by Planned Parenthood and the ACLU.

I’m talking about a new law in the state of Indiana that prohibits the distribution of federal funds it receives to organizations like Planned Parenthood that perform abortions.

In an interview on my radio show, Jay Sekulow Live!, the Indiana lawmaker who spearheaded efforts to get this passed in the state legislature told me that he received tremendous bi-partisan support for this measure.  The Indiana Attorney General promises “a vigorous legal defense for the statute.”

The new law already cleared one legal hurdle last month when a federal judge refused to issue a Temporary Restraining Order (TRO) blocking the law.  And, now, a hearing has been held in federal court – a hearing to determine whether Planned Parenthood’s request for a temporary injunction, to block the law, will be granted.

We’re preparing an amicus brief, representing thousands of Americans, in support of the Indiana law and backing Indiana’s constitutional authority to ensure that no federal funds are used for abortion.

All of this began last month when Planned Parenthood, with the assistance of the ACLU, filed a federal lawsuit challenging the measure after Indiana Governor Mitch Daniels signed it into law last month. And, now, the Obama Administration announced it is urging Indiana to scrap the new law, claiming it violates a federal statute.

I have directed a legal team to prepare a friend-of-the-court brief in this case to be filed on Indiana’s behalf supporting this pro-life law.  We are planning to represent thousands of Americans – those who want to take a stand for life – those who want to see federal funds to Planned Parenthood stopped.

We’ve formed the Committee to Defund Planned Parenthood’s Abortions at the State Level where you can add your name backing the new Indiana law.  Add your name here.

This case is being watched very closely. Other states are certain to follow suit. That’s welcomed news.  Indiana is only doing what most American want – putting a stop to the seemingly never-ending flow of federal taxpayer dollars to the nation’s largest abortion provider. 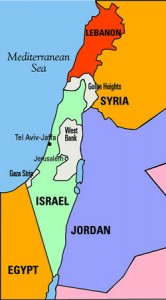