This time an atheist group is offended because New York City has named a street to honor seven brave firefighters who gave their lives in the tragic attacks on 9-11. A new street sign was erected just days ago outside the Brooklyn firehouse where the heroes once served.  The name of the street:  “Seven in Heaven Way.”

That name – that reference to “heaven” – has resulted in an outcry from an atheist group claiming they are insulted by the name, and are demanding that the street sign come down.

“There should be no signage or displays of religious nature in the public domain,” said Ken Bronstein, president of New York City Atheists. “It’s really insulting to us.” Bronstein told Fox News Radio that his organization was especially concerned with the use of the word “heaven.” “We’ve concluded as atheists there is no heaven and there’s no hell,” he said.

The fact is there are religious names for numerous cities, towns and streets all across America – including New York City.  I assume the atheist organization would want all of those names changed, too.

The claim that somehow “Seven in Heaven Way” violates the Establishment Clause of the First Amendment is absurd. Acknowledging religion is not an endorsement of religion, and to suggest that this street name somehow crosses the constitutional line of establishing a religion is nonsense.

I debated this issue on Sean Hannity’s program on Fox News.  You can watch that interview here.

New York City officials say they have no plans to remove or change the sign.  The atheist organization says if it is not removed, it may consider filing a lawsuit. 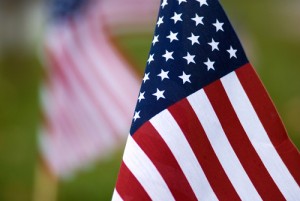