Can You Sue For Anorexia? Apparently, Yes. But Should You? 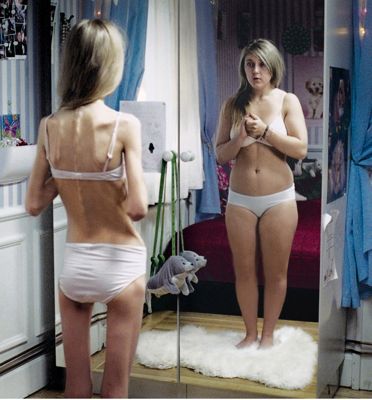 Last week, the
Associated Press reported the story of a Pittsburgh mother who is suing her
daughter’s school district under Title IX after her daughter developed an eating disorder. The
disorder, she claims, came about because of bullying by boys in her daughter’s
classes – bullying the school district failed to prevent or address. The school denies all
responsibility in this sad case, but I wonder if they ought to own up to at
least some liability.

To quote the article:

“With eating disorders, we say you’re born
with a gun and life pulls the trigger,” said Lynn Grefe, chief executive
officer of Seattle-based NEDA
(National Eating Disorders Association), who has never heard of a school being
sued over such a scenario. Generally, people who develop anorexia already have
issues with anxiety, obsessive-compulsive or perfectionist behavior. Bullying
could trigger anorexia in those people but not others who are taunted about
their weight, Grefe said.

Hm. Well, I’m not sure if this is exactly a fair analogy,
but I was born with a tendency to react strongly to trauma, but I still sued
the crap out of my high school when I had an accident in shop class due to
their negligence and subsequently suffered PTSD.

I figure they’ve got to take into account that at least some percentage of their student body
will be extra sensitive to taunts about weight – heck, according to some stats
I found, as many as 10 million U.S. women (and 1 million men) are suffering
with eating disorders at any given time.

As someone who has struggled with body image issues for many
years, I know how easy it is to take in messages from one’s peers (and from
society at large) that one is unacceptable. It’s a small leap from a young girl’s
being told she’s no good the way she is to her starving herself into acceptability.
Whether it’s the school’s job to anticipate this as a possible consequence of a
few mean boys’ bullying behavior, and whether this is truly a Title IX case, I don’t feel qualified to answer, but I
suspect the purpose of the suit is more to bring attention to the issue than to
truly expect the district to take full responsibility for the girl’s disease.

In sum, I think this Pittsburgh mom’s going to have the
devil of a time proving her case in court, but I am glad she brought it,
whether she wins or not. Maybe next time the school’s counselors will make more
of an effort to intervene when students are being bullied.

What’s your take? Is this a frivolous lawsuit or was she one righteous mama? 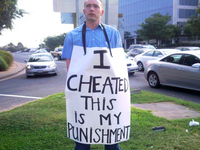 What-If Wednesday: Would You Forgive a Cheating Spouse?
archives most recent
More from Beliefnet and our partners
previous posts