If People Can Fool Themselves, They Can Fool You 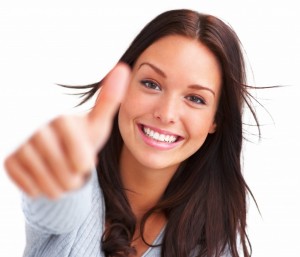 Some people honestly believe that they are more talented, intelligent or creative than they actually are.

Since they are certain this is true, they often assert this self-assured knowledge as fact when engaging in discussions with others.

A new study shows that when the belief in one’s self is strong enough, it can radiate to others, regardless of the evidence. In essence, a person’s level of confidence in their own abilities, even when it is not accurate, is enough to convince others that it is a factual truth.

A study investigating the impact of a person’s sense of confidence and value was jointly authored by Dr. Vivek Nityanadsa, Research Associate of Newcastle University and Dr. Shakti Lamba of the University of Exeter.

The researchers studied the impact and accuracy of self-confidence among a group of 72 students who were beginning a new class together.

Prior to the class, all students were asked to predict what they felt their own grade would be, as well as the grades of the other participants. The task was repeated six weeks into the new course.

The results clearly showed that students who gave themselves a high grade thinking they would do well, were overwhelmingly supported by their peers, who agreed they would receive good grades.  The same applied to those who were under confident, as their peers also felt they would not do as well.  Essentially, what each student thought of him or herself, the other students concurred with that assessment.

Of the 72 students, only 11 of them correctly predicted how they would fare in the course. Of the remaining students, 32 of them proved a lack of confidence, resulting in higher marks than they (and the others) predicted. 29 students were decidedly over confident in their own abilities, and as a result received marks that were lower than forecast.

Scientists use this data to authenticate a theory known as self-deception. If a person deludes himself into believing his abilities are superior to what they actually are, that erroneous belief is largely supported by others.

The researchers acknowledge the importance of such findings about human behavior and how it relates to workplace situations in particular. People who are highly over confident are more likely to be promoted. Even when obvious mistakes are made, they will still be considered right for the position.

Furthermore, self-deceived individuals tend to take higher risks, which can have perilous consequences in a business setting. If corporations, financial institutions and military are putting over confident people in charge, it means they are making decisions well beyond the scope of their abilities. Not only that, but even in light of costly or dangerous errors from self-deceived decision makers, very few people would challenge their capabilities.