Our earliest records of the work of a dream interpreter come from ancient Mesopotamia. Here the person you asked for help with your dream was called the “questioner”. On clay tablets from Assur and Nineveh, the “questioner” is usually a woman. The title suggests that she will put questions to the dreamer, but also, more fundamentally, to the dream itself.

Who or what was speaking in the dream? Is the dreamer’s recollection reliable? Where did the dream experience take place? What part of the dreamer — a higher part of soul or a lower one — was active in the dream? Is the female entity “as high as the sky and as wide as the earth” who appeared to that young man in Kish truly the great goddess? What was the context of the dream? For example, was the dreamer sleeping in a special hut, built from reeds, that was used for dream incubation after ritual purification? Or was he sleeping off a bender?

A Mesopotamian term for an obscure or mysterious dream is “a closed archive basket of the gods”. Picture a woven basket used for carrying a set of clay tablets. The role of the questioner is to lift the lid and help read what is in there. One technique she might use in doing this, suggests cuneiform decoder Scott Noegel, is to record the dream and look for visual as well as auditory puns in the patterns that emerge as she scores the clay with a reed or wooden stylus.  That image, from five thousand years ago, seems strangely modern: the dream as text, the dream reader looking and listening for puns.

But we are in a different world from modern analysts. Literacy is still a rare skill, and the questioner will use the magic of writing. But she will bring other tools to bear. She may seek a second opinion through one of many systems of divination, which range from reading the stars to examining the entrails of a sacrificial animal to noticing what is coming into view in the landscape in a given moment — the cry of the boatman, the wind bending the reeds. 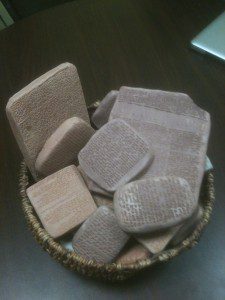 In Mesopotamia, as in most human cultures, dreaming was understood to be close kin to divination. The famous Assyrian dream book in the library of King Ashurbanipal — brought to Nineveh in 647 BCE from the house of an exorcist of Nippur — was filed with the omen tablets, the largest category in the royal collection. Among ordinary folk as well as in royal palaces, across most of history, dreamwork has never been separated from other ways of reading the sign language of life.

In Ur or Uruk, the questioner may decide to go beyond the dreamer’s imperfect recollection of a dream into the fuller dream experience, by transporting herself to the place where the dream action unfolded and asking questions inside that space. What would that mean? There’s a clue in a tablet that describes the questioner as “one who lies at a person’s head.” This suggests that the method was to lie beside the dreamer, to join him in the dream, during or after sleep.

Adapted from The Secret History of Dreaming by Robert Moss. Published by New World Library.