What is your rescue story? 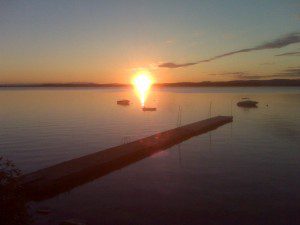 A rescue story is one that can buck you up and give you strength and courage, or simply warm smiles, when you need those things.  It’s a story that can get you out from under a black cloud of despair, and move you beyond the belief that you’re not good enough, or worthy enough, or that the world is cold and cruel.  There are days in our lives when all of us need to be rescued by a story of this kind.

I asked members of one of my Active Dreaming circles to identify their own rescue stories.  Among those offered:

– My first boyfriend kissing me so hard he put hickeys all over my neck and then sat with me for an hour with an ice-pack trying to make them go away so my mom wouldn’t notice.

– giving birth to my first child

– holding a humming bird in the palm of my hand

– seeing the sun shine at midnight, in a dream of healing and initiation

– having a close-up encounter with my own Death, and coming back with the knowledge that Death is my teacher, not my enemy.

Sometimes we can borrow a story others have told, and find courage or laughter within it. When things seem really bad, I often think of Viktor Frankl, reduced to a walking skeleton at Auschwitz, growing a dream of a future world where Hitler was a nightmare of the past, in which – liberated and respected – he saw himself giving lectures on the psychology of the concentration camps. As he recounts in Man’s Search for Meaning, one of the essential books of the 20th century, Frankl grew that dream so strong in his imagination, in the midst of constant terror, that he found the strength to survive and was eventually able to manifest his vision. That’s a rescue story. 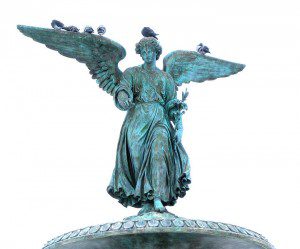