The White Queen Gambit: when the body reacts to an event before it happens

First the adventure, then the discussion. Here is a personal experience of a phenomenon that has long intrigued me: how the body sometimes seems to “know” about a future event and responds as if that event has already taken place. An older term for this is presentiment. Given the present context, I think of it as anticipatory symptoms. 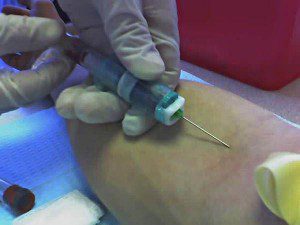 I went to my doctor’s office for an annual physical. A new medical assistant took my blood pressure to get us started. Though she did not faint, but my blood pressure was much higher than normal in the initial reading, much higher even than it had been when I had hobbled into that office two months before with a serious knee injury that had not yet been diagnosed.

I was startled by the blood pressure reading, since I was in excellent spirits and feeling no anxiety about this visit to the doctor.

“What do you want to do next?” the assistant asked. “The bloodwork or the EKG?”

“Let’s go for the blood and get a little color.” We briefly discussed how people react to having blood drawn. Personally, I have never minded the needle or the sight of the blood.

The assistant found the right place and stuck a needle in my left arm. As she extracted the needle after filling the syringe, she started a gusher. I had never seen anything like it in all my years of giving blood or blood specimens. In an instant, my whole left arm was covered in blood, and blood was spattered all over my freshly laundered linen pants.

The assistant squealed and rushed about, trying to stop the blood flow at the same time as she attempted to treat my pants with hydrogen peroxide.

“You’re upset!” she panted. The odd thing was that I really wasn’t upset at all. I responded quite philosophically, as if the incident had taken place in the past, even as the blood was still spurting and spattering.

When things were under control, and she calmed down, I asked her to check my blood pressure again. “I want to test a hypothesis,” I told her. “There’s hard laboratory research that suggests that subjects can exhibit physical responses to events before the actual events take place. I want to check whether the spike in my blood pressure came about because – in some way – my body knew what was going to happen and had an anticipatory response.”

She gaped at me, her eyebrows climbing her forehead, but she obliged.

She gasped when she gave me the new reading after releasing the pressure cuff. The first number had dropped by fifteen points; the second number had dropped by thirty points. She was amazed because she thought that after the crazy turmoil of the blood gusher, my readings should have gone up, not down.

“Not if my body knew and reacted to what was going to happen ahead of time,” I suggested quietly.

When the doctor – a careful, conservative practitioner – came in and heard the data, he was quite impressed. “Maybe there’s something in that theory,” he allowed. He decided to check my blood pressure himself. The numbers dropped even lower.

To my mind, this is pretty persuasive first-hand evidence of the possibility that the body, through its own ways of knowing, may anticipate and respond to an event that has not yet taken place.

In my book Dreaming True 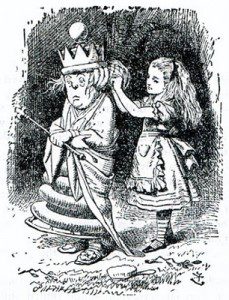 I described this as “The White Queen Gambit.” As you may remember, in Through the Looking-Glass the White Queen screams before she pricks her finger. When her brooch-pin subsequently flies open and she does prick her finger, she doesn’t need to scream. “I’ve done all the screaming already,” says the Queen. “What would be the good of having it all over again?”

It seems that the body, or the energy field around it, has intricate antennae that are constantly scanning for changes that will affect it. Most of us know about this from everyday experience. You have a “gut feeling” about something. You feet a sense of dread or elation, a lifting of the heart or a churning in the stomach that has no evident explanation until a subsequent event takes place that would cause such physical reactions. When the event catches up with the anticipatory symptoms, you and your body may be quite calm and detached – because you’ve done the screaming or the hyperventilating already.

Scientific research into this phenomenon, sometimes described as “time-reversed interference”, has been going on since the 1990s. Dean Radin ran tests in a University of Nevada lab at Las Vegas that involved showing subjects a series of photographs on a screen that were calculated to produce vividly contrasting somatic reactions, read by scanning heartbeat, perspiration, and so on. A photo of a peaceful rustic scene might be followed by hard porno or a picture of a gruesome crime scene. The very interesting finding was that many times subjects had the physical reactions a certain picture would be expected to produce moments before the image came up on the screen.

I told the story of my gusher in the doctor’s office to Larry Dossey MD, one of the trailblazers for mind-body medicine in America, and asked him what he thought of my theory that the spike in my blood pressure was an anticipatory symptom. Dossey commented, “I think your interpretation is right on target.  People need to know that these ‘presentiment’ effects are not just laboratory curiosities but are phenomena that get played out in real life zillions of times, under our very noses, quietly, often without our realizing they’re happening.”

Maybe we can all do a little better if we let our bodies tell us what’s going down. This is a case of “what the bleep we know” that we don’t usually recognize that we know.